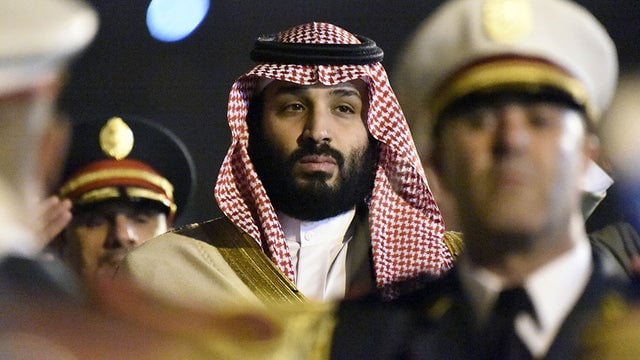 The Fourth of July — for all its pomp and patriotism — ought also to be a moment of self-reflection by U.S. policymakers struggling to develop a coherent strategy for the Middle East.

They should consider the region’s constellation of autocratic rulers who suffocate dissent and any alternative vision of political, economic, religious, and social life.

The torture, imprisonment, and murder of opposition party members, activists, journalists, and dissidents remains the favored tactic by various regimes wishing to stifle any semblance of opposition to their rule, one which has only increased both in its frequency and audacity in recent years.

Throughout the region, even mild activism has become fraught. Blog about free speech or question religious norms in Saudi Arabia: 10-years and 1,000 lashes.

Tweet about the death of Yemeni civilians at the hands of a Saudi-UAE led coalition and allegations of torture at Bahrain’s notorious Jaw prison: five-year sentence. Insult Turkish president Erdogan in the slightest manner – whether in text, speech, or song: prison.

These are only some of the most high-profile cases and don’t include Iran, where if one advocates for environmental protections one will be named a “bio-terrorist” or labeled a foreign agent and end-up in Evin prison.

Autocrats of the region are banking on U.S. policymakers to allow the abuses to slide, rather than raising concerns about wrongful imprisonment and death of regional political activists and dissidents.

To the extent policymakers treat each case as its own exceptional occurrence to be addressed as an uncomfortable irritant in the relationship, it prevents the formulation of a consistent and principled policy to address how multiple countries across the Middle East utilize the same tools of repression against those presenting any challenge to their power.

This approach signals to the region’s autocracies that every case of repression — whether the victims be high-profile individuals, masses of everyday citizens, or even Americans — are manageable exceptions, singular matters to be addressed within the narrower context of a country’s own domestic environment and evaluated in the context of the country’s bi-lateral relationship with the United States.

Absent any principled or consistent U.S. approach, individual countries can be assured that there will be limited and short-term impacts of any ritualized public hand-wringing.

The United States has made itself susceptible to such manipulation, not only due to its notoriously short-sighted time horizons, but because its policy in the Middle East is founded upon the precarious notion that what matters most is state security, even if this means supporting a security state.

In the Middle East — more so than perhaps any other region in the world — the security of states and the security of peoples are mutually-exclusive: the focus on state security has in fact made people less secure. As a result, external support for security states led by autocrats continues while the support — even if only rhetorical — for human security, such as the need to address widespread repression against political opponents, is negligible.

The recent death of Mohamed Morsi, the only democratically elected president in Egyptian history, is merely the latest example of a failed approach to the region. Even more troubling is that his death was predictable.

Having spent his final years in a prison where a former warden said “those who go in don’t come out again unless dead,” human rights organizations and the United Nations have called for a full investigation into the causes of his death and conditions of his imprisonment. The Egyptian government claims his death is being politicized.

Morsi’s death certainly represents the tragedy of Egypt’s experiment with democracy, but it is also a reminder of America looking the other way.

Governments have learned this key lesson: in the absence of any principled and consistent U.S. policy, transgressions of human security will be tolerated, so long as state and regional security is not generally disturbed.

If policymakers wanted to address human rights, they would have to use tools that bite, such as reigning-in the unwieldy arms sales to Middle Eastern autocracies, rather than continuing to rubber-stamp their approval based on the enshrined logic that countries like Bahrain, Egypt, Saudi Arabia, UAE, and others are “important force[s] for political stability and economic growth in the Middle East.”

The United States has on occasion implemented restrictions on certain types of weapons transfers and military aid, tying them to human rights abuses, potential use against protesters, and foreign adventurism. But these instances have been fleeting, withdrawn, and inconsistent.

The application of a consistent set of rules would signal that the United States does not tacitly support human rights abuses of the countries they arm.

It would also force consideration of the evidence that dumping more arms into the Middle East is not the solution to regional peace and security, as Sen. Rand Paul (R-Ky.) recently noted in a failed attempt to block arms sales to Bahrain and Qatar.

In contrast to the heady, early hopes for progress on dignity and human rights during the Arab Spring in 2011, there has been an upswing in repression and mass incarceration in the years following its unfulfilled promises.

The conditions that led to the uprisings are, in many cases, still the same or worse: “a generation of young people… have stood up for more open societies and accountable government, only to be arrested, imprisoned, and in many cases tortured and executed as regional autocrats tighten their grip.”

Such a model of state “security” is likely living on borrowed time, as mass arrests, incarceration, executions and outlawing of opposition parties may limit peaceful political expression, leaving violence as the only viable means of opposition.

The failure of U.S. policymakers even to articulate a meaningful policy (not to mention address such a trend) means these countries will in fact be less stable and secure, and present threats to U.S. national interests as well as signify a missed opportunity to promote American values.