Ghani: Agreement Reached on the Withdrawal of all All foreign Forces from Afghanistan 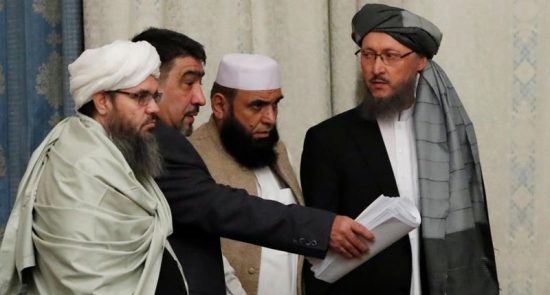 President's comments come as both US and Taliban officials hailed progress after six days of talks in Qatar ended.

Afghan President Ashraf Ghani said on Monday all foreign forces will eventually leave the war-torn country – a key Taliban demand – as talks with the armed group progressed, reported by Aljazeera.

Ghani said based on an international agreement, foreign troops will not be required in the future.

“No Afghans want foreign forces in their country for the long term,” Ghani said in a televised address.

“The current presence of foreign forces is based on need, and this need has always been contemplated and will be contemplated… And according to an exact and arranged plan, we are trying to bring down that number to zero,” he said.

The president’s comments came as both US and Taliban officials hailed progress after six days of talks in Qatar ended on Saturday.

A senior US government official told Reuters news agency on Monday that Washington was committed to the withdrawal of foreign forces from Afghanistan after 17 years of war.

The official, who declined to be identified, described “significant progress” in discussions last week with Afghan Taliban leaders in Qatar on a foreign troop pullout, but more negotiations were needed on a ceasefire and its timing.
“Of course we don’t seek a permanent military presence in Afghanistan,” the official said in the capital Kabul.

“Our goal is to help bring peace in Afghanistan and we would like a future partnership, newly defined with a post peace government. We would like to leave a good legacy.”

There could not be a withdrawal without a ceasefire, the official added.