Abdullah: It is impossible for the Taliban to take control of Afghanistan through war 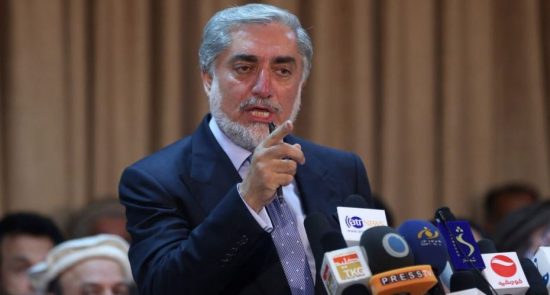 Ariana News Agency: The head of Afghanistan's High Reconciliation Council has said that Taliban's control of Afghanistan through war will be impossible.

Abdullah Abdullah, chairman of the Afghan High Reconciliation Council, said in a statement that the Taliban was waging war and wanted to win, but it will not be able to dominate Afghanistan militarily.

The head of the Afghan High Reconciliation Council made the remarks at a meeting chaired by the Afghan Independent Human Rights Commission in Kabul.

He said the Taliban had seized the opportunity to withdraw from the area. Their day-to-day activities show just that.
He added: “It is impossible for the Taliban to take control of Afghanistan through war.

Meanwhile, the United Nations called on the warring parties not to miss the current opportunity for peace.

“If the Taliban insists on war and rejects the current opportunity for peace, it will be a major historical loser,” Abdullah said.

Abdullah also praised the sacrifices made by the Afghan National Security and Defense Forces.

“We support these forces that will keep the peace in the future, and we must encourage their morale. We must avoid worrying about them unnecessarily,” Abdullah said.

Clashes between Afghan security forces and the Taliban have continued in at least 80 locations of the country for the past 24 hours, according to some security sources.

According to the sources, more than 100 Taliban and 90 security personnel were killed in the clashes. Neither the Taliban nor the Afghan government have provided any statistics on the number of casualties.