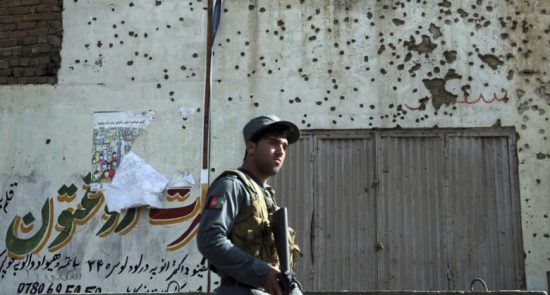 Afghanistan's presidential election will be postponed by three months to July 20 to give authorities more time to organise the ballot, election authorities confirmed on Sunday after days of speculation.

The timing of the election has also been complicated by talks under way between US special envoy Zalmay Khalilzad and representatives of the Taliban aimed at launching a full peace process to end the war in Afghanistan.

The election was originally scheduled for April 20, but Gula Jan Abdul Bade Sayad, chairman of the Independent Election Commission (IEC) said mounting problems had forced a delay.
“April will be very difficult because of the harsh winter and transporting election materials, security, and the budget issues”, Sayad told a news conference in Kabul.

“To better prepare for the vote, we have decided to hold the election in July next year.”

President Ashraf Ghani had previously insisted that the election would go ahead on time, but Shahhussain Murtazawi, a spokesman for the presidential palace, said the government welcomed the decision by the IEC
The delay adds to the troubled history of elections in Afghanistan. Before last October’s tumultuous parliamentary election, for which complete results have still not been announced, the 2014 presidential election was tainted by accusations of massive cheating on both sides.

Political manoeuvring has intensified in Kabul in recent months with the approach of the election, in which Ghani is expected to seek a second five-year term. He is expected to be running against candidates including his former national security adviser Hanif Atmar and current government Chief Executive Abdullah Abdullah.