The United States has released an al-Qaeda operative 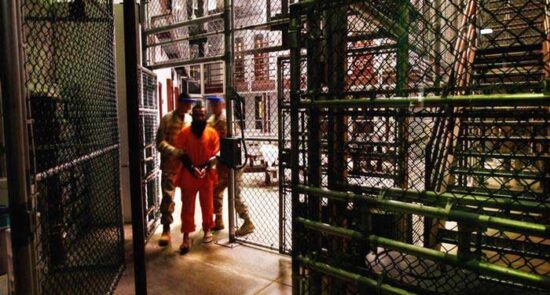 The Pentagon has announced that it has released Assadullah Harun Gul, the last Afghan prisoner to be held at Guantanamo Bay.

40 year old Assadullah Harun’s prison release statement said he did not lead extremist groups and was regretting what he had done in the past.

Assadullah Harun, better known as Harun al-Afghani, has been detained at Guantanamo since June 2007, and there are independent reports that he is one of the leaders of extremist militias and the messenger of al-Qaeda and is considered a dangerous terrorist.

Assadullah Harun Gol was released on October 7, according to new documents issued by the Guantanamo Bay Board.

The jury rejected his request for release last year. The situation changed during this year’s trial of his release. The verdict stated that the reason for agreeing for his release was “his non-leadership role in an extremist organization and the lack of a clear ideological basis for past actions” as well as “expressing regret over past actions”.

Interestingly, according to official Pentagon documents, 39 al-Qaeda-linked detainees are still being held at Guantanamo, including Khalid Sheikh Mohammed, the mastermind of the 9/11 attacks, whose case is being investigated along with nine others.

In the past two decades, the United States has detained more than 200 Afghan prisoners at Guantanamo. The vast majority of these people were released from prison during the previous Afghan government and returned to Afghanistan. Some of the most prominent of these individuals are now at the top of the Taliban leadership.