Taliban killed 12, wounded six in an ambush that hit a convoy of security personnel in Kabul 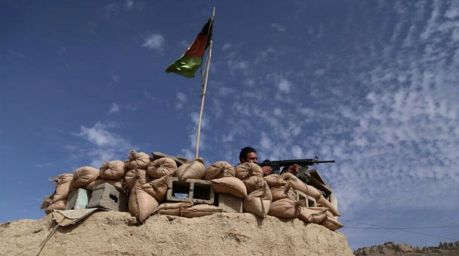 The death toll from a suicide bombing targeting a security forces convoy outside Kabul jumped to 12, officials said, with eight civilians killed in the latest Taliban-claimed attack near the Afghan capital.

Ariana News Agency- The death toll from a suicide bombing targeting a security forces convoy outside Kabul jumped to 12, officials said, with eight civilians killed in the latest Taliban-claimed attack near the Afghan capital.

The blast took place in Paghman district in western Kabul early on Tuesday as the vehicles returned from an overnight operation, the interior ministry said.

Attacks on Afghan forces by the Taliban have inflicted record-high casualties on security personnel this year.

The early morning attack in Kabul came hours after an overnight assault by Taliban fighters on a checkpoint in Arghistan, a district in southern Kandahar province. At least eight police officers were killed, according to the provincial media office.

The number of civilian deaths in Afghanista

An estimated 2,798 civilians have been killed and 5,252 others wounded in attacks across the country from January to September this year, according to the United Nations Assistance Mission in Afghanistan (UNAMA).

Last month, President Ashraf Ghani said 28,529 Afghan security forces had been killed since the start of 2015, a figure far higher than anything previously acknowledged. That is an average of about 20 soldiers killed every day.

The surge in violence comes as the United States is pushing for a peaceful resolution to the 17-year-old conflict, while the Taliban has increasingly asserted control over vast tracts of the country.

US President Donald Trump’s administration is holding direct talks with the Taliban, which was toppled following a US-led invasion in 2001.

Taliban officials have held three days of talks with US special representative for Afghanistan Zalmay Khalilzad in Qatar aimed at renewing the peace process.

Last month, Ghani formed a 12-member team to hold peace talks with the Taliban as his government tries to bring peace ahead of next year’s presidential elections.