After exiting from Afghanistan, there is a possibility of American military bases to be set up in Uzbekestan and Takjikestan 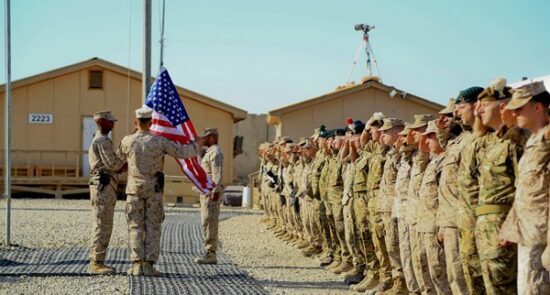 Ariana News Agency: Russian sources cited that Washington will most likely set up its military bases in neighboring countries, after it exits Afghanistan.

Sergei Narishikin, head of foreign intelligence of Russia said: US plans on relocating its military bases in neighboring countries, after it exits Afghanistan.

Head of foreign intelligence of Russia (SRV) said: For the US forces which have exited Afghanistan, Washington is making efforts to relocate them in neighboring countries. Russia is hoping its allies in the Collective Security Treaty Organization will not cooperate with the US in setting up military bases in their countries.

Earlier, Wall Street Journal had reported that US plans on relocating its forces after their exit from , to neighboring countries. The agreement is not yet finalized.

In an interview with Sputnik, it was stated that Tashkand and Doshanbeh are unlikely to agree as they have close relations with Moscow.
Head of foreign intelligence of Russia told the reporters: It is clear that US does not wish to lose control of the region and is working on relocating it forces in the neighboring countries.

Narishkin said: we are aware and even have intelligence the US is making efforts to do this and we are hoping our neighbors and allies will not cooperate with.

A while back Zamir Kabulov, Russian Presidential envoy to Afghanistan, expressed Moscow’s concerns regarding US forces not exiting Afghanistan by the deadline date and said: Russia is concerned about the probable consequences of US Military forces not leaving Afghanistan by the deadline date (May 1st). We still don’t know what the consequences may be. We have warned Biden that this is a clear violation of the Doha agreement.

Previously Joe Biden, President of the United States had stated in a press conference that exiting of US forces from Afghanistan by 1st May will not be easy due to technical reasons.

John Kirby, Pentagon Press Secretary had described the exit to be in multiple steps and said: the process is subject to weather conditions .

Earlier, Joe Biden, President of the United States had stated, US military forces will exit Afghanistan by September 11th.