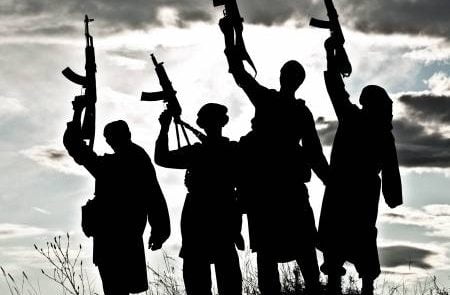 One of the Islamic State's most feared affiliates has suffered a significant setback, though U.S. officials caution reports that the terror group was "obliterated" are overblown.

“Afghan government and coalition operations against the group, along with the Taliban’s campaign … led to ISIS-Khorasan’s collapse in Nangarhar and the surrender of hundreds of fighters to Afghan forces,” a senior counterterrorism official told VOA, using an acronym for the group.

“Surrendered [Islamic State] fighters said they were told to leave Nangarhar for Kunar [province], where we assess the group still maintains a presence, as well as the northern provinces of Afghanistan,” the official added.

The U.S. assessment contrasted with some more optimistic pronouncements from Afghan officials, who touted the victory in Nangarhar as conclusive.

“No one believed one year ago that we would stand up and remain in Nangarhar, and thank God that today we have obliterated Daesh,” President Ashraf Ghani said Tuesday during a speech in Jalalabad, using an Arabic acronym for IS.

“It’s not possible that they once again equip themselves in other areas of Afghanistan and threaten other parts of the country,” Nangarhar Governor Shah Mahmoud Miakhel added.

Just two days earlier, Taliban officials touted their own success against the Islamic State’s Afghan affiliate, calling the group’s defeat in Nangarhar and Kunar provinces the result of a “decisive and large-scale” campaign that began in September.

“Over the course of the last five years, they were systematically uprooted,” spokesman Zabihullah Mujahid said in a statement Sunday, adding the Taliban had “rescued the oppressed people of Nangarhar from this scourge.”

Both the Taliban and Afghan government officials said almost 600 IS fighters had surrendered, along with women and children.

Still, U.S. officials said the threat from IS-Khorasan, which is thought to have between 4,000 and 5,000 fighters across Afghanistan, was far from over.

The movement of the surrendered fighters to Kunar province and northern provinces of Afghanistan “suggests ISIS-Khorasan is still active in the country despite losing territory in Nangarhar,” the senior U.S. counterterrorism official said.

The U.S. Defense Department declined to discuss the statements by Afghan officials regarding the status of IS-Khorasan but said the effort to defeat the terror group would go on.

U.S. Forces-Afghanistan “will continue our work with the Afghan National Defense and Security Forces to ensure that ISIS in Afghanistan is destroyed,” Pentagon spokesman Lieutenant Colonel Thomas Campbell told VOA.