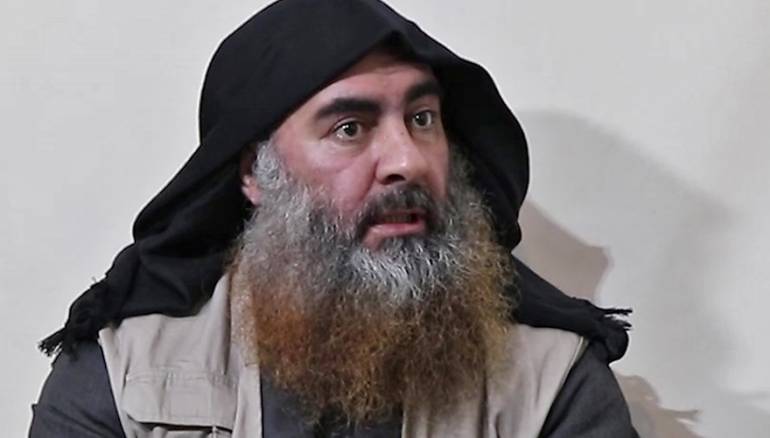 Afghanistan welcomed the killing of Islamic State leader Abu Bakr al-Baghdadi as a major blow to terrorism that is expected to weaken the South Asian branch of the Middle Eastern militant group.

The emergence of an Afghan affiliate of Islamic State emerged in recent years created another enemy for the U.S.-backed government, which has been fighting against the much larger Taliban insurgency since 2001.

“The Afghan government strongly welcomes the U.S. forces’ operation that led to the death of … Baghdadi,” a spokesman for President Ashraf Ghani said in a post on Twitter.

“The death … is the biggest blow to this group and to terrorism,” the spokesman, Sediq Sediqqi, said.

Baghdadi, who had led the jihadist group since 2010, killed himself during a raid by U.S. special forces on his hideout in northwest Syria early on Sunday. His death was announced by U.S. President Donald Trump.

The leadership of Islamic State in Khorasan (ISIS-K), named after an old name for the region that covered much of modern-day Afghanistan and parts of Central Asia, had pledged allegiance to Baghdadi but it was unclear what direct operational links the two groups had.

The Afghan affiliate first appeared in 2014, in the eastern province of Nangarhar, where it retains a stronghold.

It announced its formation in January 2015 and has since made inroads in other areas, particularly the north, sometimes bringing it into conflict with the rival Afghan Taliban.

It has also carried out bloody attacks on civilian targets in Kabul and other cities, but many Afghan officials doubt some of its claims, and the group remains little understood.

Attaullah Khogyani, spokesman for the governor of Nangarhar, said the militant faction had grown weaker recently, and the death of Baghdadi would be a hard blow for it.

“No doubt, Baghdadi’s death will have a deep impact on Daesh’s activities in Afghanistan,” said Khogyani, referring to IS.

The U.S. military estimates the strength of ISIS-K at 2,000 fighters. Some Afghan officials put the number higher. But Khogyani said numerous members had been killed in clashes or had surrendered over recent months.