Taliban: US Troops Leave Guarantees Peace and Security in the West 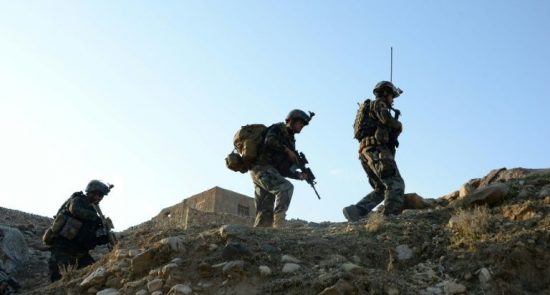 The Taliban express concerns that Afghanistan could be used as a launching ground for future attacks on the West, after the US said it had so far upheld its pledge to reduce its military presence in the country.

The top US commander for the region said it cut the number of troops to around 8,600 in line with a deal agreed with the insurgents in February, but warned conditions must be met for a full withdrawal by next year.

General Kenneth McKenzie, the head of US Central Command, said “conditions would have to be met that satisfy us — that attacks against our homeland are not going to be generated from Afghanistan”.

McKenzie said the Taliban were “no friends” of the Islamic State group, but that it needs to see “deeds and not words” about what they would do against al-Qaeda — the group responsible for the September 11 attacks on New York and Washington.

“And so we’re very focused on what the Taliban is doing, how they’re participating in these negotiations as we go forward,” he told a panel discussion hosted by the Aspen Institute on Thursday. “The jury is still very much out.”

The Taliban on Friday said it was committed to the February deal, “especially the US and the West’s concern about a threat to them from Afghanistan”.

“Our country will not be used against anyone. They should not be concerned,” Taliban spokesman Zabihullah Mujahid told AFP.

The February deal calls for all US and foreign troops to withdraw from Afghanistan by mid-2021, nearly 20 years after Washington invaded the country following the September 11 attacks.

Under the agreement, the United States said it would pull out all troops in return for security guarantees from the insurgents and a pledge to hold peace negotiations with the Afghan government in Kabul.

However, a recent expert report to the UN Security Council said that Al-Qaeda and the Taliban “remain close” and were in regular consultations over the negotiations with the United States.

The Afghan government which has moved closer to talks with the Taliban in recent weeks, has long accused the insurgents of providing a platform to groups such as IS and Al-Qaeda to carry out attacks in the country.

President Donald Trump, who is running for re-election in November, has said repeatedly that he wants US troops out of Afghanistan as soon as possible.