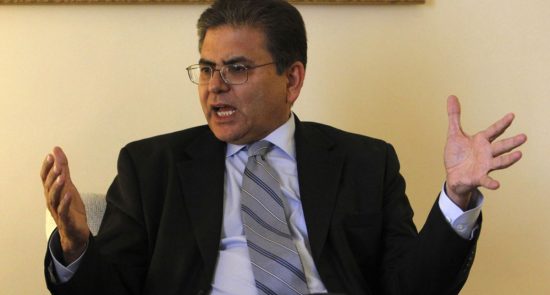 The meeting comes a week after Kabul and the Taliban said they had agreed that Doha would be the venue for the first meeting in their peace talks, known as the intra-Afghan dialogue — the first high-level meeting between the two sides after years of fighting.

According to the Foreign Office, in Khan’s first meeting with Taliban political representatives since his appointment earlier this month, he met the head of the Taliban political office, Mullah Abdul Ghani Baradar, and other senior Taliban leaders and discussed the Islamabad-brokered reconciliation process aimed at ending more than 18 years of war in Afghanistan.

“Pakistan will continue to play a role as a facilitator for reconciliation and peace in Afghanistan,” Khan told a private media outlet on his return from Qatar late Friday, adding that Chief of the Army Staff (COAS) Gen Qamar Javed Bajwa’s recent visit to Kabul had “given a new impetus” to Islamabad’s push for peace.

The US signed a troop withdrawal deal with the Taliban in February, but its attempts to usher the insurgent group toward peace talks with the Afghan government have been mired in setbacks. Violence, which surged in March and April, and disagreement over the Taliban’s demand that all 5,000 prisoners be released, have also blocked progress toward resolving the conflict, in which Pakistan is a key player.

“Mullah Baradar said the release of prisoners according to the Feb 28 accord [with the US] would be a stepping stone to immediately start intra-Afghan negotiations,” Khan said.

He said Pakistan considered Doha a convenient venue for the talks but it was up to the main stakeholders, the Afghan government and the Taliban, to make a final decision on the location.

“On its part, the government of Pakistan is fully committed to supporting the peace process,” Khan said.