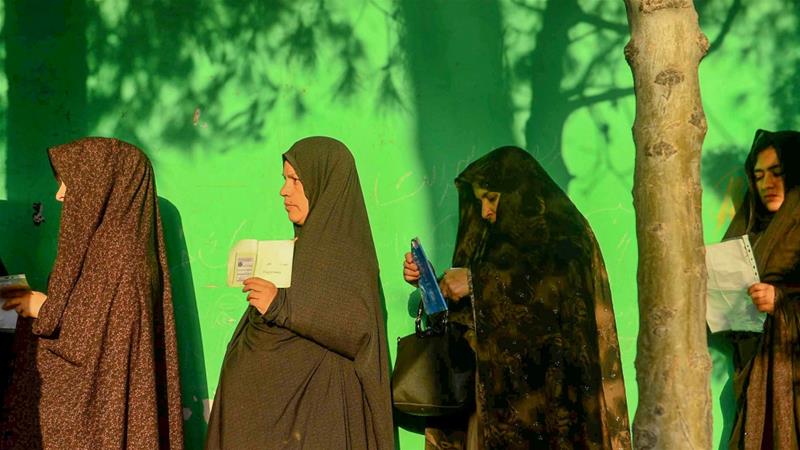 Security forces on high alert as Afghans head to polls to pick next president amid Taliban threats to disrupt vote.

Voting is under way in Afghanistan’s presidential election, the fourth since the fall of the Taliban in 2001.

Incumbent President Ashraf Ghani is seen as the frontrunner in the 14-man race, with Abdullah Abdullah, the country’s chief executive, considered his main rival.

Security forces are on high alert due to threats from the Taliban to attack polling stations.

Here are all the latest updates:

“There was always a contingency for the polling stations to be open to facilitate the last minute surge of people coming in to vote,” Al Jazeera’s Rob Mcbride reporting from Kabul, said.

“They were due to be close by now but they happen to be open for further two hours – it does seem as though it is giving people in other parts of Afghanistan a chance to vote if they have not already voted.”

Habib-Ur-Rahman Nang, head of the IEC secretariat, said the commission was not able to communicate with polling centers in the provinces of Badakhshan, Takhar, Kunduz and Baghlan, where telecom services were not active, local media TOLO News reported.