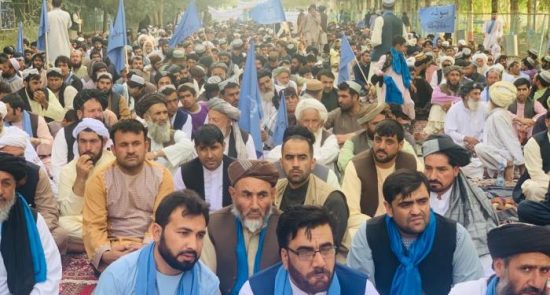 The event was organized by the People's Peace Movement, composed of members of civil society who are "marchers for peace". Spokesman kidnapped (and released) two weeks ago: "We are not afraid of being attacked. We work among the Taliban to build bridges ”.

“Thousands of civilians rallied in Afghanistan yesterday for peace and a definitive ceasefire” in a country that has been at war for 18 years, and where an average of 50 people die every day.

AsiaNews spoke to Bismillah Watandost, spokesperson of the People’s Peace Movement (PPM) who organized the event in Lashkar Gah, capital of the southern province of Helmand. “We are really happy – he says – the participants came from 10 provinces. We hope to bring the Taliban and the government to the peace table, to end this war “.

The PPM is composed of representatives of civil society that since last year have organized “marches for peace” throughout the territory and invite the population to demonstrate for the right to live.

About two weeks ago a group of 25 walkers, including Bismillah, was kidnapped by the Taliban shortly before arriving at Musa Qala, a Taliban stronghold where it was headed. In those days of forced detention, where nobody was badly treated, the activist “took the opportunity to explain to the Taliban who we are and to talk about peace”.

After the liberation, activists spent a few days of rest in the company of family and children. Then two days ago they resumed activities with a “peace rally” in cars, followed by yesterday’s demonstration. The goal, he explains, “is to get the attention of the Kabul authorities and the Taliban to end the bloody war. We also hope to receive UN support ”.

Despite the terrible death reports that come almost every day from this country, “we are not afraid – says the activist – we do not risk being attacked or threatened because we are right in the midst of the Taliban and we want to be a bridge between all the parties in game.

We don’t want to be killed. We work for all the people of Afghanistan ”. “If we all come together – this is our ultimate desire – we can convince the government and the fighters to give us peace. People can change [the fate] of war, society, the world.”