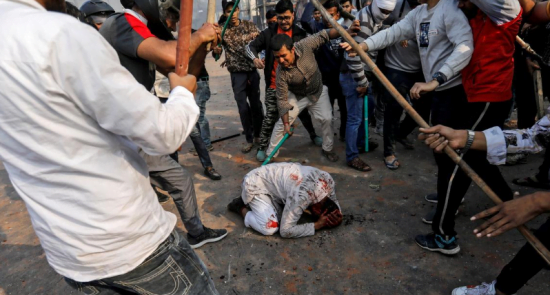 Ashutosh Varshney, a Brown University professor and author of the prize-winning Ethnic Conflict and Civic Life: Hindus and Muslims in India, believes last week’s riots in Delhi bear some of the hallmarks of an organized pogrom.

India has been there before: In 2002, in Gujarat, when Modi was the state’s chief minister, more than 1,000 people were killed in religious riots. Most were Muslims.

While Modi was later cleared of wrongdoing by the country’s judiciary, critics say that he could have done much more to prevent the attacks. And in 1984, again in Delhi, an estimated 3,000 Sikhs were targeted and killed after Prime Minister Indira Gandhi was assassinated by her Sikh bodyguards.

In both cases, experts say, riots could not have been conducted without some complicity on the part of the police.

Varshney believes last week’s deadly clashes could be repeated in other parts of the country—and that Muslims are particularly vulnerable. Here is a transcript of Foreign Policy’s interview with Varshney, lightly edited for clarity.