Ways You’re Shortening the Life of Your Phone 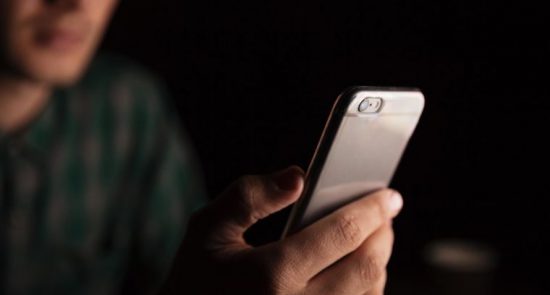 You may think keeping a phone constantly charged is a good thing—wrong! Learn the surprising ways you're shortening the life of your phone.

You use vibrations for notifications

Your phone, like any other tool or device, ages and loses effectiveness the more you use it, says David Steele, the Director of Business Development for EverdayPhone. So little extras, like vibrating notifications, are habits that make your phone’s job harder. “The issue with these habits essentially boils down to having your phone constantly running at full capacity when it’s unnecessary,” Steele says. “Just like us, a phone needs a break to avoid burning out.”

You keep apps open that you’re not using

Unused apps can eat up the battery life of both iPhones and Androids, according to Andrew Moore-Crispin, the Director of Content at Ting Mobile. “If you open an app once and never use it again, the app might still run in the background,” he says. Swiping out of apps you aren’t using or no longer need is an easy solution. Moore-Crispin says doing so extends the battery life of your phone while also freeing up valuable storage space, too.

Ride-sharing apps need your location to pick you up, but other apps might not need this permission. Moore-Crispin suggests you be picky about which apps you grant such permissions to and take away permissions you deem unnecessary.

You have one of these apps

The apps that drain your battery the most are Snapchat, Google Maps, Netflix, Amazon, and Facebook, according to AdWeek. The Guardian found that uninstalling the Facebook mobile app from Android phones saves people up to 20 per cent of their battery life. If you also get rid of the FB Messenger app, other app load times could speed up by 15 per cent, per the Guardian. The reason Facebook particularly kills battery life is because it keeps running in the background—even when you’re not using it, Business Insider reports.

You keep your phone out at the beach

Extreme heat or extreme cold temperatures and other weather conditions can shorten the life of your phone. According to Time, excess heat can cause everything from data loss or corruption to battery leakage. Cold weather presents just as many issues. In cold temperatures, some smartphones shut off, have display problems, or run out of battery; in rare cases screens may shatter.

You leave your phone plugged in

Keeping your phone plugged in when it has a full battery causes damage to the battery itself, according to pcmag.com. It’s not that your phone “overloads” with power; it’s that heat buildup damages the battery. This can be even worse if you use knock-off cables, reports pcmag.com.

You charge your phone 100 per cent overnight

Waking up to a fully charged phone may seem like a great way to start the day, but leaving your device plugged in overnight is a bad idea. When a phone has reached 100 per cent charge, it will continue to get trickle charges to keep it topped up at 100 percent. These extra charges keep the battery working nonstop. In fact, it’s better not to fully charge lithium-ion batteries because high voltage stresses the battery and wears it out over time, according to technology company Cadex.