Egypt Refuses to Accompany U.S. in Arab NATO against Iran 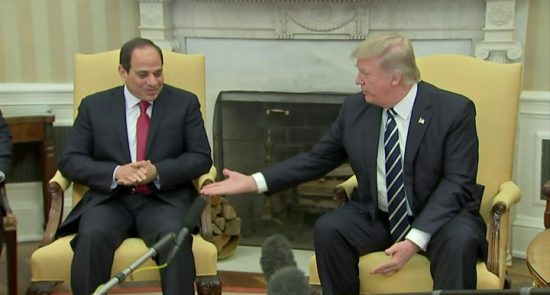 Egypt has pulled out of the U.S. effort to forge an "Arab NATO" with key Arab allies, according to four sources familiar with the decision, in a blow to the Trump administration's strategy to contain Iranian power.

Egypt conveyed its decision to the United States and other participants in the proposed Middle East Strategic Alliance, or MESA, ahead of a meeting held Sunday in Riyadh, the Saudi capital, one source said.

Cairo did not send a delegation to the meeting, the latest gathering held to advance the U.S.-led effort to bind Sunni Muslim Arab allies into a security, political and economic pact to counter Shi’ite Iran, the source said.

Egypt withdrew because it doubted the seriousness of the initiative, had yet to see a formal blueprint laying it out, and because of the danger that the plan would increase tensions with Iran, said an Arab source who, like the others, spoke on condition of anonymity.