Taliban Meet Afghan Politicians in Moscow but Not Ghani 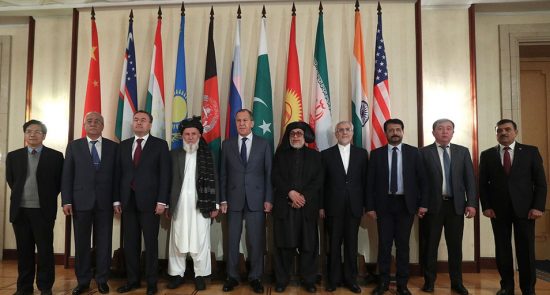 The Taliban are expected to meet with Afghan opposition leaders in Moscow in the coming days, a development that could further undermine the government of President Ashraf Ghani, which has found itself excluded from the talks seeking an end to the 17-year war.

Even as the insurgents say they are close to a deal on core issues with American diplomats, they have refused to meet with the Afghan government. Mr. Ghani has repeatedly expressed concern that if the Americans rush to make a deal with the Taliban before the insurgents agree to negotiate with his officials, it could undermine a fragile Afghan state built at tremendous cost, as reported by NewYorkTimes.

For the Taliban to go around Mr. Ghani to meet with some of the country’s major political leaders, many of whom are at odds with him, would surely further anger the Afghan president.

“At this moment, we do not see the need for such a meeting,” said Sebghat Ahmadi, a spokesman for the Afghan Foreign Ministry. “We know it will not help Afghanistan toward reaching peace at all, so it’s little more than a political drama.”
Officials and members of Afghan political parties said invitations to talks in Moscow, scheduled for Tuesday and Wednesday, had been sent to representatives of a broad cross-section of the country’s political elite, including all the major parties. It was not immediately clear who was organizing the event or who would attend.

Some who received invitations said an Afghan diaspora group in Moscow was organizing the talks. But the venue — the President Hotel, which is owned by the Kremlin — and the number of visas that would be required suggested that, at the very least, the organizers were working closely with the Russian government.

A senior Afghan official said that Zamir Kabulov, the Russian presidential envoy to Afghanistan, was behind the initiative. In several discussions about the possibility of such a meeting, the Afghan government made it clear that it would participate in direct talks only with the Taliban, not a situation in which the government was one of several parties at the table, according to the official.

In response to a question about who was organizing the event, a senior Taliban official said it was the Russian Federation.

In public, at least, Russia has sought to distance itself from the talks. Maria Zakharova, the spokeswoman for the Russian Foreign Ministry, did not mention them while discussing Afghan developments during a weekly briefing.