Russia Meddles in US Troops Withdrawal from Afghanistan 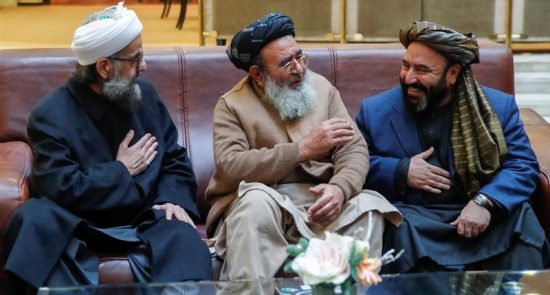 Offer made after Taliban leaders met with Afghan representatives in Moscow during 'very successful' negotiations.

A top Russian diplomat has met with Taliban representatives and expressed Moscow’s support for the US withdrawal from Afghanistan, Aljazeera reported.

The meeting came after two days of talks between prominent Afghan figures and Taliban representatives in Moscow and contradictory statements about an immediate US forces pullout from the country.

A senior Taliban official said on Wednesday the United States promised to withdraw half of its troops from Afghanistan by the end of April, but later retracted the assertion.

The head of the Taliban delegation said no time had been fixed for a US withdrawal from the country and negotiations were in progress.

The US’ chief negotiator Zalmay Khalilzad also refuted the claim in a tweet:

Zamir Kabulovm, the Russian presidential envoy on Afghanistan, told the RIA Novosti news agency on Thursday that Russia is willing to help talks between the US and the Taliban on the withdrawal of US troops.

It wasn’t clear what assistance the Russians would offer.

Kabulov also said Moscow would be willing to support lifting sanctions on the Taliban as long as other UN Security Council members were also on board.

Until now, the US has been at the forefront of negotiations. Since being appointed last September as the US special representative for Afghan reconciliation, Khalilzad has carried out a number of rounds of talks with the Taliban and other regional representatives in Afghanistan, Pakistan, the United Arab Emirates, India, Russia, Uzbekistan, Turkmenistan, Saudi Arabia, and Qatar.