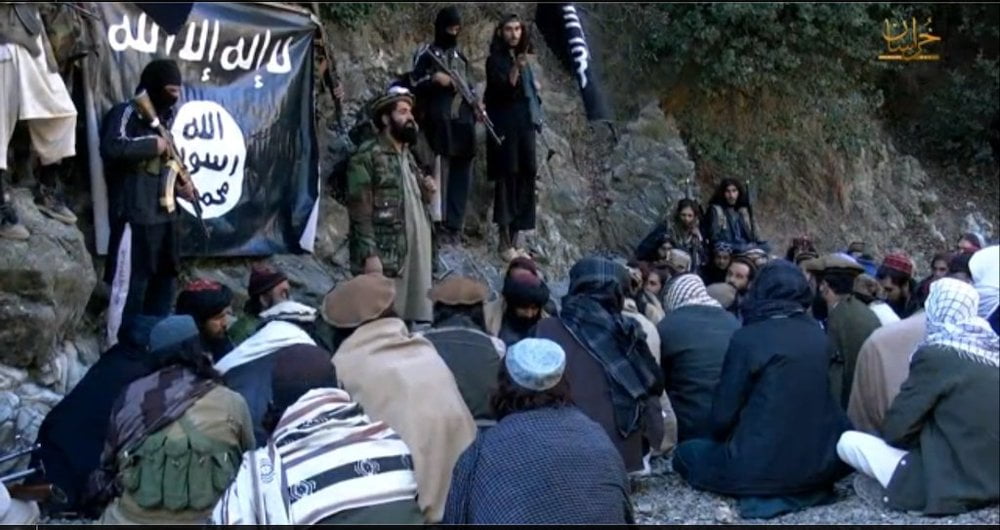 The Islamic State-Khorasan Province has gained control of territory in Afghanistan over the last six months, according to the latest Pentagon report to Congress.

While the group’s power in Afghanistan remains limited compared with organizations such as the Taliban and al Qaeda, it has continued to challenge Afghan, United States, and coalition forces.

“During this reporting period, ISIS-K made territorial gains in eastern Afghanistan,” according to the Enhancing Security and Stability in Afghanistan report for June 2019. “Regionally, the group continues to evade, counter, and resist sustained CT [counter-terrorism] pressure.”

ISIS-K wants to pose a threat to not only Afghanistan but the U.S., “which it continuously seeks to target for terrorist activity.” Similar to other terror groups like the Haqqani network, al Qaeda, and Tehrik-e-Taliban Pakistan, ISIS-K has sanctuaries on both sides of the Afghanistan-Pakistan border, making it particularly difficult to counter.

Like the Taliban, ISIS-K seeks to stage high-profile terrorist attacks, according to the report. One such attack occurred on April 20, when ISIS-K operatives attacked Afghanistan’s ministry of communications in the capital of Kabul, killing 16 civilians and six Afghan security forces members. Overall, though, the report said high-profile attacks have decreased over the past year and a half.

Russia has used ISIS-K’s growing presence in the country as an excuse to criticize the U.S. and increase its military presence at its base in neighboring Tajikistan. Russian President Vladimir Putin warned that Russia would continue to up its forces as long as the threat persists.

ISIS-K has claimed a presence in Afghanistan since 2015. The group has its origins in Afghanistan’s Nangarhar province, located along the eastern border with Pakistan. While its size and influence remain limited, it has been able to pull off dozens of attacks against civilians and possibly hundreds against security forces in its short existence, including in larger cities such as Kabul.

ISIS has made a concerted effort to focus on areas outside its former land caliphate in Iraq and Syria. But while the group may be on the rise in Afghanistan, its days could be numbered.

“My position with the Islamic State is that they are around in Afghanistan until the Taliban doesn’t want them,” Bill Roggio, a senior fellow with the Foundation for Defense of Democracies and editor of the Long War Journal, told the Washington Examiner. “I think the Taliban keep them around partially because they don’t want to do what it takes to fight that battle.”

The Taliban and ISIS-K may share roots in jihadism, but that hasn’t stopped them from attacking one another. The Taliban is largely focused on securing its position against the Afghan government and its Western allies, Roggio explained, so a fight against a rival terrorist group isn’t in its best interest — for now.

The U.S. is seeking a reconciliation process with the Taliban through negotiations while continuing to fight the group and its al Qaeda allies. For now, ISIS-K is a convenient “foil” for the Taliban, according to Roggio.

“They are on borrowed time. If the U.S. withdraws, eventually the Taliban will take care of that problem,” Roggio said.

For the time being, the group remains a threat. Both the Pentagon and expert analysts believe ISIS-K’s ultimate ambition is to target the U.S. homeland.