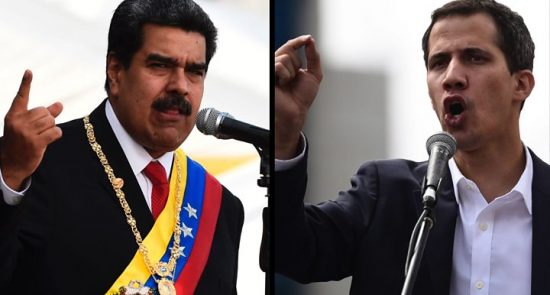 Venezuela's military attache in Washington posted a video Saturday saying he had broken with President Nicolas Maduro and now would report to opposition leader Juan Guaido.

Venezuela’s embattled President Nicolas Maduro on Sunday rejected an international ultimatum to call elections within eight days and said opposition leader Juan Guaido had violated the country’s constitution by declaring himself leader, as reported by NBCNews.

Maduro, in an interview with CNN Turk, also said he was open to dialogue and that meeting President Donald Trump was improbable but not impossible. The broadcaster dubbed the interview from Spanish into Turkish.

Washington, which has recognized Guaido as leader, had on Saturday urged the world to “pick a side” on Venezuela and financially disconnect from Maduro’s socialist government.

Venezuela has sunk into turmoil under Maduro with food shortages and protests amid an economic and political crisis that has sparked mass emigration and inflation that is seen rising to 10 million percent this year.

Britain, Germany, France and Spain all said they would recognize Guaido if Maduro failed to call fresh elections within eight days, an ultimatum Russia said was “absurd” and the Venezuelan foreign minister called “childlike.”

Maduro retains the loyalty of the armed forces, though Venezuela’s top military envoy to the United States on Saturday defected to Guaido.

“The armed forces have a fundamental role to play in the restoration of democracy,” Col. Jose Luis Silva said in the video, which he said was shot at his office in the Venezuelan Embassy in Washington, sitting in front of the nation’s red, blue and yellow flag.

He called on other members of the military to join him in supporting Guaido, saying they need to avoid “attacking” protesters whose only aim is to feed themselves.