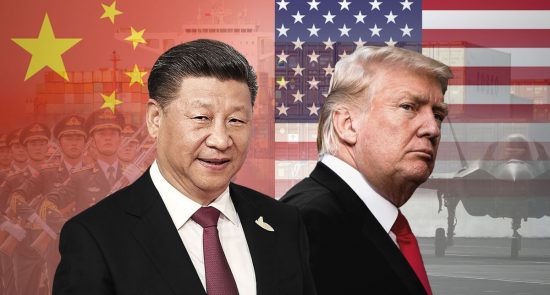 After extended tensions between the U.S. and China, President Trump on Thursday renewed threats to slap new tariffs on Chinese goods as retaliation for China’s handling of the coronavirus outbreak.

The Washington Post had reported Thursday that Trump was considering canceling U.S. debt obligations to China. However, denied that possibility before floating the prospect of tariffs.

“When you start playing that game, you’re really hurting the sanctity — the importance of the greatest currency on Earth. But we can do it in other ways. We can do it with tariffs. We can do it other ways, even beyond that, without having to play that game,” Trump said.

Economists worry that additional tariffs could lead to a possible depression.

In an interview on Friday, top White House economic adviser Larry Kudlow said the U.S. would hold China “accountable” for the virus.

“On the China business, it’s up in the air. They are going to be held accountable for it. There’s no question about that. How, when, where and why — I’m going to leave that up to the president,” Kudlow said on CNBC’s “Squawk on the Street.”

In January, the U.S. and China signed a “Phase One” trade deal, with Beijing being obliged to buy an additional $200 billion in U.S. goods and services over the next two years, along with other stipulations. In exchange, Washington would call off planned tariff increases on Chinese exports.

The U.S.-China trade war began in 2018, with Trump believing tariffs on Chinese goods would help bring back American manufacturing. At the same time, the trade war may have unintended consequences, with some large U.S. retailers saying they would have to raise prices due to the tariffs, hurting American consumers.