Targeting Infrastructure and Livelihoods in the West Bank and Gaza 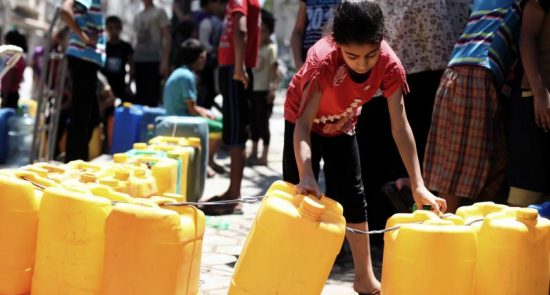 In the latest issue, Erika Weinthal and Jeannie Sowers reveal the damage to water, agriculture and energy systems caused by the ongoing conflict in Gaza and the West Bank.

State and non-state actors across many protracted conflicts and prolonged occupations in the Middle East and North Africa have systematically targeted civilian infrastructures.

We use the cases of the West Bank and Gaza, characterized by more than five decades of occupation and periods of intermittent violent conflict, to analyse how the targeting of water, energy, and agricultural infrastructures has created humanitarian crises and undermined civilian livelihoods.

Our analysis draws upon an original database tracking the targeting of environmental and civilian infrastructures and on interviews with humanitarian organizations, government officials and civil society actors.

In the Gaza Strip, recurrent violent conflict between Israel and Hamas has produced extensive destruction across all types of infrastructure, while the internationally-sanctioned blockade has hindered effective reconstruction. In both cases agriculture is the most frequently targeted sector, undermining livelihoods and connections to land, while damage to water and energy systems has limited economic activity and rendered civilian life increasingly precarious.