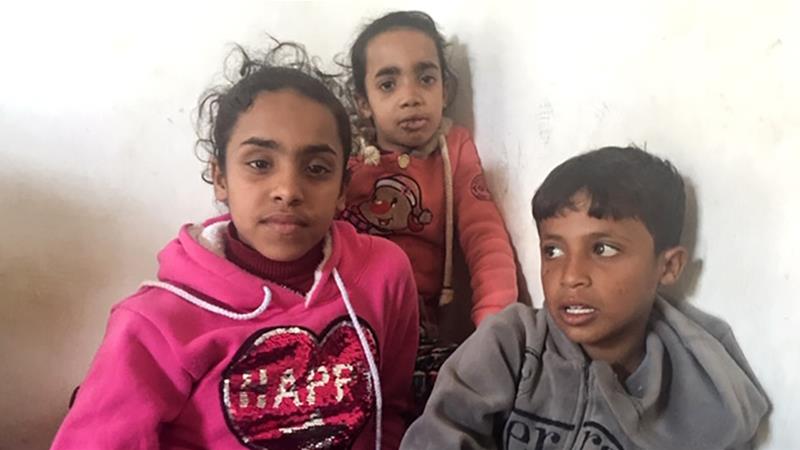 Nine members of Palestinian family were killed last month after an Israeli air raid on their home in central Gaza.

Noor al-Sawarka’s life changed forever on the night the Israeli army targeted her family’s home in the central town of Deir al-Balah.

The 12-year-old lost her parents and three siblings on November 14 after Israeli missiles struck the family dwelling some 15km (nine miles) south of Gaza City. The home – consisting of several shacks covered with corrugated metal sheets – was blown to smithereens.

The Israeli army claimed it targeted the house of a military commander belonging to the Palestinian Islamic Jihad armed group, an allegation immediately rejected by the victims’ family.

Noor said when she first heard the explosions she found herself running outside in an open field.

“I ran as fast as I could to the open land next to us,” she told Al Jazeera. “I didn’t know what happened and all I saw was thick black smoke.”

Her eyes sunk out of focus as she refused to say how she feels, two weeks after the bombing that turned her and two younger siblings into orphans.

“After I went to sleep that night, I only remember that I woke up in the hospital,” she said.

Since then, Reem has had trouble sleeping at night fearing that bombs will drop on her again. She said she often hears the “zannana” – Arabic for the buzzing sound Israeli drones flying overhead make.

Rasmi’s younger brother, 40-year-old Mohamed, and his wife Yousra, 39, were also killed in the attack, in addition to two of their sons: Thirteen-year-old Waseem and seven-year-old Moaaz.

The al-Sawarka victims were among the 34 Palestinians killed by Israeli air raids over the Gaza Strip over two days, in an escalation of violence between Israel and the Islamic Jihad last month.