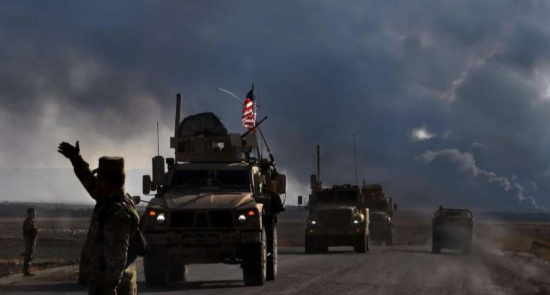 The Trump administration’s decision to withdraw most U.S. troops from northeastern Syria reordered the security landscape in the country, opening the door for Mr. Assad to reclaim areas he hasn’t held in years.

The Syrian leader will still face numerous challenges. The U.S. is keeping some troops behind to guard oil fields, Turkish forces are pushing into northern Syria and Kurds governing swaths of eastern Syria want to hold on to at least some autonomy.

Kurdish forces have turned to Mr. Assad for protection against the Turkish offensive bent on driving them away from its border, allowing the Syrian military to return and begin re-establishing the central Damascus government’s control.

“Definitely he gains without having to pay or fight,” said a Western diplomat in the region. “Once you give the keys over, it means the regime will, perhaps over some time, return to complete control.”

Upon entering parts of northeastern Syria in recent weeks, the Syrian military promptly raised the Syrian national flag and brought with it photos of Mr. Assad. State media portrayed the operation as the government doing its duty to protect the homeland and reported that army units were welcomed by residents throwing rice and roses.

While some residents have greeted the return of the regime as a bulwark against the Turkish offensive, many others fears what the return of an Assad police state will mean for the thousands in the northeast who are wanted for opposing the regime or refusing mandatory conscription. As government military units move in, some fearful residents are considering fleeing toward the border.

Still, the return of government forces to parts of northeastern Syria helps bolster Mr. Assad’s claim that his regime is the only viable government for the country. It also undermines U.S. efforts to prevent regional states from normalizing relations with the once pariah state. Earlier this year, U.S. Secretary of State Mike Pompeo urged Arab governments against rapprochement with the Syrian regime.

Already some Arab states, such as Bahrain and United Arab Emirates, have reopened embassies or sent diplomatic delegations to Damascus. That trend will likely gain momentum, said Joshua Landis, director of the Center for Middle East Studies at the University of Oklahoma.

“The American withdrawal is a big win for the Syrian government and for its allies, Russia and Iran,” Mr. Landis said.

On Wednesday, the Syrian Defense Ministry invited fighters from the Syrian Democratic Forces, the Kurdish-led force that Washington spent hundreds of millions of dollars to train, arm and support, to become part of the national Syrian army. In response, the commander of the SDF said in a tweet that they proposed having the entire SDF become part of Syria’s defense forces.

The Trump administration now says it plans to keep some troops in eastern Syria to maintain Kurdish control over the country’s oil fields, complicating Mr. Assad’s plans. President Trump decided to safeguard the oil after Sen. Lindsey Graham (R., S.C.) urged him to consider its potential importance, saying he wants to deny the Assad regime and Iran use of the oil fields.

The Syrian government has already granted contracts for the oil fields to Russian companies, widely seen as a quid pro quo for Russia’s backing of the regime.

Turkey and its proxy Syrian rebel fighters are continuing to push further into northern Syria as its offensive lingers into a fourth week, despite two separate cease-fire deals. Now there are low-level clashes between Turkish-backed fighters and the Syrian military, 18 of whose soldiers were captured on Tuesday, according to the Turkish Defense Ministry and pro-regime media. Early Friday, the defense ministry said it had handed over the soldiers to Russia.

There are still questions about how Mr. Assad would govern a reconstituted Syria, if that occurs. The Kurdish-led administration that has governed northeast Syria semiautonomously for years still hopes to maintain some level of self-determination.

In a TV interview broadcast Thursday night, Mr. Assad said the agreement to deploy the Syrian army in the northeast would eventually allow for the complete return of government authority, though he said obstacles remained.

“But the ultimate goal is to return to the situation as it used to be previously which is the full control of the state,” he said, according to a transcript published by Syrian state media.

Another question is whether Syrian forces will also try to retake the province of Idlib, a small pocket of territory in northwest Syria that is controlled by opposition rebels and extremist groups. A U.S. raid in the area led to the suicide death of Islamic State leader Abu Bakr al-Baghdadi over the weekend.