Turkey Armors the Syrian Border, 300 Other Trucks and Vehicles Conveyed 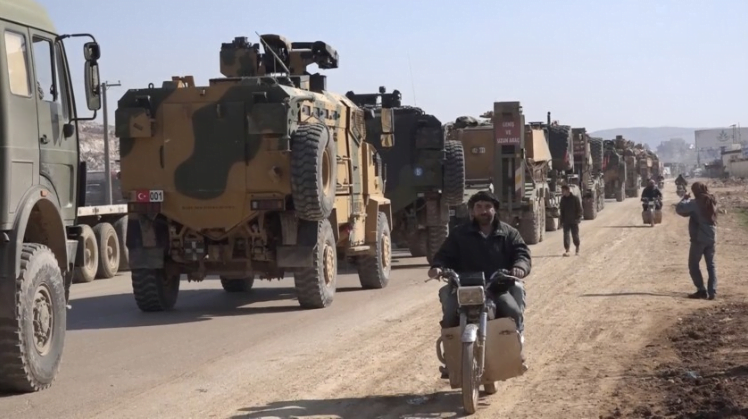 In the past few days, Turkey has been redeploying its forces to areas bordering the Idlib de-escalation zone.

Turkey has sent another convoy of 300 trucks and armored vehicles to its border with Syria, the Anadolu news agency reported on Saturday.

The military vehicles have been deployed to the Turkish southernmost province of Hatay that borders Syria.

In the past few days, Turkey has been redeploying its forces to areas bordering the Idlib de-escalation zone. On Friday, the country sent several units of special operations force there.

The deployment of additional forces to the border with Syria comes against the background of intensified tensions in Idlib. Earlier, Russia and Turkey made another attempt to establish a ceasefire in the region, but terrorists only stepped up their attacks.

As a result, military specialists from Russia and Turkey were killed. In response, the Syrian army launched a counterattack against extremists, seizing the town of Saraqib near Idlib on February 5.

The situation is further complicated by the February 3 incident near Saraqib, in which Turkish forces had come under the Syrian army’s fire. The incident killed five servicemen and three civilian personnel. Ankara claimed to have informed the Syrian army of troop movement in advance.

On the same day, Turkish President Recep Tayyip Erdogan announced that in response to the incident, the Turkish army had carried out attacks on dozens of targets in Idlib.