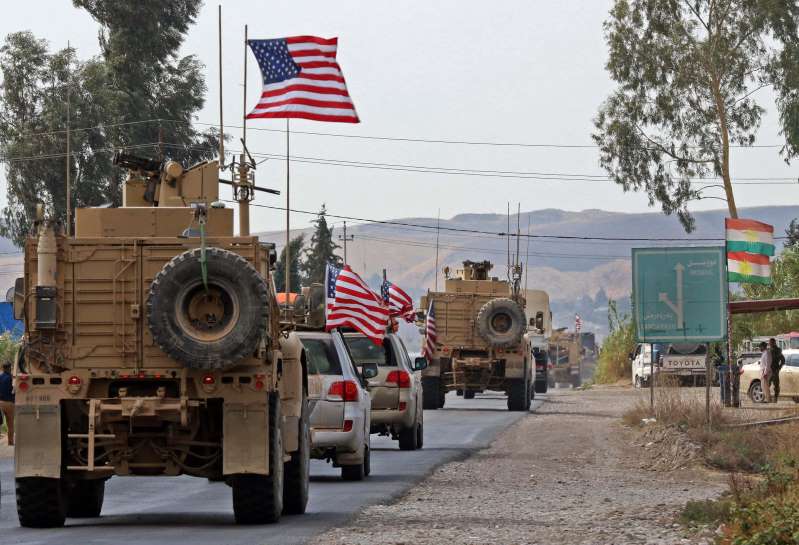 It’s heretical to say so, but Russia has earned its current success in the Middle East. It’s using the same mix of military and diplomatic tools that made the United States dominant in the region for so many decades. America didn’t lose this battle for influence; it surrendered.

President Trump’s efforts to dress up his retreat from Syria as a victory are an embarrassment. He squandered America’s leverage, abandoned our Kurdish allies to a Turkish invasion and thereby reopened the door for a defeated enemy, the Islamic State, to resume attacks on the West.

Trump’s performance shames the United States, especially the military. Imagine what it felt like for U.S. Special Operations forces as they withdrew this month from the Syrian battlefield pelted by tomatoes thrown by their irate former Kurdish allies. A bitter end to what had been a hugely successful campaign against the Islamic State.

Now Russia steps into this space of northeast Syria. And it’s useful to examine, without blinders, some reasons President Vladimir Putin has achieved so much. The first, dark fact is that he has been a cynical and brutal partner for an even more brutal Syrian regime. But it’s more complicated than that.

Putin has triumphed partly because he has used the instruments of power effectively. He intervened in Syria in 2015 with limited force, but decisively. Frustrated by Syrian dependency and mismanagement, he pulled some forces back after the initial campaign and threatened to withdraw more.

Russia has leverage partly because it talks to all the warring nations in the Middle East. Moscow has friendly relations with Iran but also with Israel. Russia talks to the Turks and also to their mortal enemies, the Kurds. Ambiguity is part of Putin’s tool kit. He doesn’t exclude himself from the bargaining table.

America, not so long ago, was a similar interlocutor. It was the essential partner because it talked with all sides. The United States was Israel’s faithful ally, but it also had a deep relationship (initially in secret) with the Palestinian guerrilla groups. It brokered deals among parties that couldn’t talk directly.

America’s addiction to sanctions is part of our self-neutering process. These economic penalties are often a reflexive substitute for a more serious policy to advance U.S. interests. We sanction Russia, Syria, Iran, China, North Korea, Cuba, Venezuela . . . and after Trump foolishly encouraged Turkey’s invasion of Syria, the instant reaction was — sanctions! This tool is so overused that it’s becoming counterproductive.

The United States (for several decades) has used sanctions when it wants to be seen as taking action, as opposed to actually doing so. That’s not a mistake Russia makes. It intervenes with low visibility but punishing impact.

Russia also owes its recent gains in the Middle East to well-trained diplomats who speak good Arabic and foster multilateral negotiations in a way the United States once did. Since 2017, Russia has been sponsoring a dialogue (known as the “Astana process”) that brings together Turkey, Iran and various Syrian groups to discuss rebuilding the country. The U.S. alternative of Geneva talks has been moribund.

Russian diplomacy is partly a game to maintain Syrian President Bashar al-Assad’s regime. But Russian specialists have also reached out to the Kurds, as in a 2017 draft constitution for Syria that promises a “Kurdish Cultural Autonomy” region and proposes to remove “Arab” from the country’s official name, the Syrian Arab Republic.

For Russia, it’s about interest, not ideology. “Russia intervened in 2015 to prevent state collapse and restore stability,” says a Western nongovernmental organization representative who has been dealing with Russian officials closely for five years in Syria. “The Russians are not trying to remake the region. . . . They want stability and business.” By contrast, he argues, American interventions are driven by “ideological fantasies” and have led to instability.

I’d counter that American values remain one of our strengths, but the interventionist impulse has certainly gotten us in trouble.

Putin’s biggest weakness in Syria has been the same as at home: corruption. Moscow’s crass strategy for seizing oil fields in Kurdish regions protected by U.S. forces was to employ mercenaries who would get a percentage of any oil they seized. That’s thuggery, not statecraft. Similarly, notes the NGO official who worked closely with them, the Russians “could not train a single professional Syrian unit, unlike the U.S. success in creating elite special forces” among Kurds, Iraqis and Afghans.

Russia has dreamed for centuries of having the influence in the Middle East that it’s now gaining. This is part of the original “Great Game,” after all. How bizarre that in the end, what Russia has so desperately wanted, Trump is giving them for free.