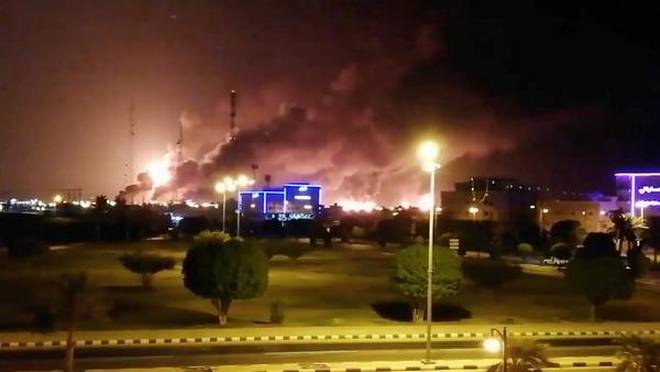 The fires are now under control at both facilities, state media said.

A spokesman for the Iran-aligned Houthi group in Yemen said it had deployed 10 drones in the attacks.

The military spokesman told al-Masirah TV, owned by the Houthi movement and based in Beirut, that further attacks could be expected in the future.

Saudi officials have not yet commented on who could be behind the attacks.

“At 04:00 (01:00 GMT), the industrial security teams of Aramco started dealing with fires at two of its facilities in Abqaiq and Khurais as a result of… drones,” the official Saudi Press Agency reported.

“The two fires have been controlled.”