Hamid Karzai: The United States has suffered a heavy defeat in Afghanistan 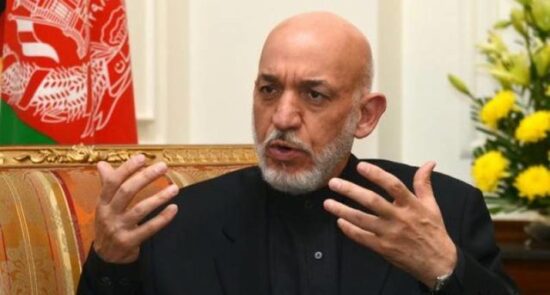 Ariana News Agency: The former president of Afghanistan said that the United States did not achieve any of its goals during the years of occupation of Afghanistan and suffered a heavy defeat.

Former Afghan President Hamid Karzai was quoted by Politico as saying in an interview with the Associated Press: “The United States had entered Afghanistan more than 20 years ago under the pretext of fighting terrorism and extremist groups, and during these years it has failed to lift the misery of the country Which intensified the clashes and killed people.”

“With the withdrawal of US troops from Afghanistan, they are leaving behind a catastrophe that they have created,” he said. Afghanistan is currently experiencing the most internal conflicts, and this is the result of years of intervention by foreign forces, including the United States.

The former president of Afghanistan, noting that extremism is now at its highest level in the country, added: “This shows that the international community, and especially the United States, which entered Afghanistan under the pretext of fighting extremism, is facing a heavy defeat today.”

Hamid Karzai said: “Today, the United States is leaving Afghanistan in shame and at the height of the complete destruction”.

Foreign forces must leave Afghanistan by the anniversary of the 9/11 attacks, according to a US-set deadline. Many analysts believe that the Americans have failed to meet any of their demands during their two decades in the country and are now leaving Afghanistan after weakening their positions.