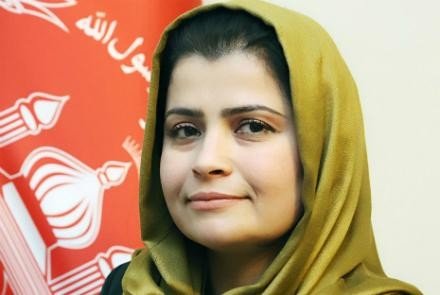 Haroon Chakhansuri, Deputy Chief of Staff – Strategic Communications and Media, Office of the President, confirmed the appointment.
Chakhansuri said on Twitter: “A warm welcome to our new colleague Durani Waziri as deputy spokesperson to the president of the Islamic Republic of Afghanistan.
“Durani is a capable intellectual and our office will benefit from her invaluable contribution. Wish her all the very best in her new assignment,” he said.
Durani has a legal background and studied at Kabul University.
She also studied Good Governance and Rule of Law at Ohio Northern Law School and has worked as legal advisor to the ministry of justice and as legal advisor at the Attorney General’s Office.
In addition, she was an attorney at law at Shajjan & Associates.