Ashraf Ghani: America is the cause of corruption and the downfall of the republic in Afghanistan 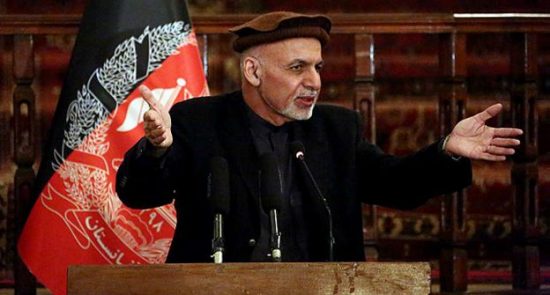 Ariana News Agency: Ashraf Ghani, the former president of Afghanistan, said: "America provided the ground for corruption and the downfall of the republic by selling weapons to Afghan warlords and signing an agreement with the Taliban in Doha."

Ashraf Ghani stated that he was committed to the defence of the Afghan people and said: “Following the collapse of the army, I was not in a position where sacrificing the president would preserve the system, so I left Afghanistan.”

Ghani said: “Trusting America and freeing prisoners were among the factors that led to the downfall of the Afghan government.”

The former president of Afghanistan also said: “The main reason for corruption goes back to the relationship of the George Bush government and the warlords of Afghanistan. I tried to deal with this issue when the US government signed contracts with these people and arms companies.”

When Ashraf Ghani fled Afghanistan on August 15, 2021, the Taliban entered Kabul, and his government collapsed.