Afghanistan: The Legacy of the British Empire. A Brief History 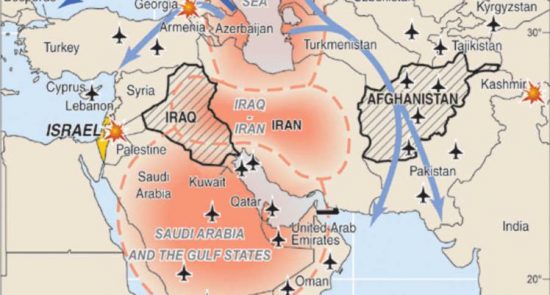 A brief review of the recent history of Afghanistan explains some of the background pertaining to today’s crisis in the country.

Ariana News Agency- To begin with, Afghanistan is a complex place; there are 20 major ethnic groups and more than 50 total, with over 30 languages spoken, although most also speak either Pashtun and/or Dari.

This reflects its geographical position at a cultural crossroads, as well as its mountainous topography, which isolates different ethnic groups from one another. In the 1700s, when Afghanistan was just forming as a nation, two of the world’s major powers of the time were advancing towards it from opposite directions. England was busy conquering India between 1757 and 1857, and Russia was spreading its control east and was on Afghanistan’s border by 1828. This overview will focus on first England’s and then America’s part in shaping modern Afghanistan.

One of the most lucrative products that England exported from its new colony India was opium.1

By 1770 Britain had a monopoly on opium production in India and saw to it that cultivation spread into Afghanistan as well (the boundary between the two was ill-defined until 1893). Anxious to protect their drug trade and concerned the Afghan king Dost Mohammad was too friendly with the Russians, the British sent an expeditionary force of 12,000 soldiers into Afghanistan in 1839 to dethrone him and set up their own hand-picked king, Shah Shoja. They built a garrison in Kabul to help prop him up. However the Afghan populace resisted this occupation, and in the winter of 1842 the British were forced into an attempted retreat back to the east. Within days of leaving Kabul 17,000 British soldiers and support staff lay slaughtered in the snow between Kabul and Jalalabad after a battle with Afghan forces.2

Dost Mohammad returned to power, but the Afghan government did not have the resources to protect its borders, and England soon took control of all Afghan territory between the Indus River and the Hindu Kush, including Baluchistan in 1859, denying Afghanistan access to the sea.3 Still worried about the Russians, England invaded Afghanistan again in 1878; overthrew the standing king and forced the new government to become a British protectorate. England considered slicing up Afghanistan according to what London had determined was the “scientific frontier” of its Indian empire, but settled for an Afghan government over which it retained control of the economy and all foreign policy.4

The British invasions embittered the Afghan people, creating a sense of xenophobia that created powerful resistance to Western-style reforms put forward by Afghan leaders in years to come.

In order to consolidate its gains, England created the Durand Line in 1893, an arbitrary 1500-mile border between “British” India and Afghanistan that made permanent its previous territorial gains and laid claim to the Northwest Frontier Provinces, long considered part of Afghanistan. This boundary was made “permanent” in a 1907 Anglo-Russian convention, without consulting the Afghan government.5

Taking these provinces divided the Pashtun people, who since time immemorial had been considered part of the Afghan homeland, between two separate nations, Afghanistan and India. This created a deep animosity among the Pashtuns that survives in full force today, 120 years later. In fact all Taliban are Pashtuns.

Neither Britain nor Pakistan afterward ever gained full control of the Northwest Provinces, and they later became the source of the Islamic radicalism that spawned both Al Qaeda and the Taliban. It is into the Northwest Provinces that majority of the American drone missiles are fired today. This antipathy has its genesis in the drawing of the Durand Line.

A strongly anti-colonial young King Amanullah ascended to the Afghan throne in 1919, and declared Afghanistan’s independence from Britain’s “protectorate” status in his inaugural speech. He attempted to regain the Pashtun lands east of the hated Durand line by organizing uprisings in the Northwest Provinces and supporting them with Afghan troops. Reacting to this provocation, the British attacked once again, embarking on the third Anglo-Afghan war in eighty years in June 1919. The British suffered early setbacks and responded by bombing Kabul and Jalalabad by air. Neither side had the stomach for a long war, and in August of 1919 a peace treaty was signed which granted Afghanistan full independence, but maintained the status quo of the Durand Line.

Meanwhile Britain’s control over the Pashtun tribal areas remained more of a wish than a reality. Between 1849 an 1900 no less than 42 military operations were conducted that did little more than reconfirm the stubborn independence of the mountain tribes. When Amanullah continued to push for reunification after the 1919 war, Britain responded with a ruthless and bloody effort to pacify the Northwest Territories. In 1920 a five-day battle took place in which two thousand British and Indian troops and four thousand Afghan tribesmen were killed.6

Amanullah himself became a beacon of liberalization in Afghanistan. He attempted drastic changes in the country by reforming the army, abolishing slavery and forced labor, and encouraging the liberation of women. He discouraged the use of the veil and the oppression of women, introduced educational opportunities for females. Britain resented Amanullah, fearing that the liberalization of Afghan society would spread to India and become a threat to British rule there.7 Britain therefore initiated support for conservative and reactionary Islamists in the country to undermine Amanullah’s rule.

In 1924 there was a violent rebellion by conservative Islamists in the border town of Khost which was quelled by the Afghan army. The rebellion was a reaction to Amanullah’s social reforms, particularly public education for girls and greater freedom for women. The Afghan historian Abdul Samad Ghaus wrote in 1988, “Britain was seen as the culprit in the affair, manipulating the tribes against Amanullah in an attempt to bring about his downfall.”8

In 1929 there was a larger rebellion of conservative tribes people, and Amanullah was forced to flee the country. Many historians suspect Britain was behind this uprising as well. In Abdul Ghaus’s view, “Afghans in general remain convinced that the elimination of Amanullah was engineered by the British because he had become….an obstacle to the furtherance of Britain’s interests.”9

The new King , Nadir Shah submitted to Britain’s dictates, including acceptance the Durand Line. Britain launched a ferocious new military campaign in 1930 in another bid to gain control of the Northwest Territories. The offensive went poorly, and Britain was about to lose control of Peshawar to the tribal warriors when it initiated a massive aerial bombardment of civilian Afghans to prevent defeat. MIT professor Noam Chomsky later pointed out that, “Winston Churchill felt that poison gas was jut right for use against ‘uncivilized tribes’ (Kurds and Afghans, particularly),” while the respected British statesman Lloyd George observed that “We insist on reserving the right to bomb niggers.”10

One of the root causes of the enduring animosity between Afghanistan and Pakistan was the seemingly permanent loss of Afghan lands taken by the British, including Baluchistan (with its access to the sea), and the Northwest Territories to Pakistan when that country was created by Britain in 1947. The British excluded the Afghans from the partition negotiations and the partition agreement, which finalized Pakistan’s boundaries—on the Durand Line. In addition to institutionalizing the artificial boundary created in 1893, Britain’s parting act hobbled the Afghan economy, permanently denying Afghanistan its former territory over the Hindu Kush with access to the sea.

In response to the partition agreement, the government of Afghanistan created an independent Pashtunistan movement that called for independence in the Northwest Territories. In reply, Pakistan hardened its position regarding the territories. In 1948 Pakistan greatly increased its military presence there. The action provoked the Afghan King Zahir Shah to renounce the Durand Line and demand the return of its territory. Kabul convened an Afghan tribal assembly (a Loya Jirga) which voted its full support for a separate independence for the tribal areas from Pakistan.

The assembly also authorized the Afghan government to abrogate all of Afghanistan’s treaties with Great Britain regarding the trans-Durand Pashtuns. American involved in Afghanistan began in earnest soon after the end of World War II. In 1950 the top-secret U.S. policy document National Security Directive 68 warned of the Soviet Union’s alleged “design for world domination.”

The U.S. initiated aid projects in Afghanistan starting in 1945. Soviet President Nikita Khrushchev wrote in his memoirs, “It was clear to us that the Americans were penetrating Afghanistan with the obvious purpose of setting up a military base.”11 In fact in 1956 the U.S. built a fairly useless International Airport in Kandahar that was widely seen as a refueling base for U.S. bombers. Wikipedia notes that, “Since the airport was designed as a military base, it is more likely that the United States intended to use it as such in case there was a show-down of war between the United States and former USSR.”12

By the early 1970s the U.S. had decided that the best way counter the Soviet’s “design for world domination” was to support the strict Islamists in Afghanistan, who were opposed to the progressive reforms of the Afghan government. According to Roger Morris, National Security Council staff member, the CIA started to offer covert backing to Islamic radicals as early as 1973.13 In August 1979 a classified State Department Report stated: “the United States larger interests …would be served by the demise of the current Afghan regime, despite whatever setbacks this might mean for future social and economic reforms in Afghanistan.” Fundamentalist Islamists opposed to the Afghan government and supported by the U.S. became known as Mujahideen, or ‘fighters for Islam.’