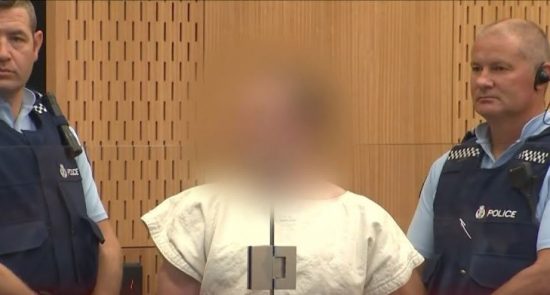 The main suspect in the killings of 49 people in shootings at two mosques in New Zealand on Friday has appeared in court on a single murder charge.

Australian Brenton Tarrant, 28, was brought to the dock in a white prison shirt and handcuffs. Further charges are expected to be made against him.

Two others are in custody. None of those detained had a criminal record.

The suspect, who stood silently during the brief hearing in Christchurch, was remanded in custody without a plea and is due to appear in court again on 5 April.

The court judge ruled that the suspect’s face should be pixellated in photographs and filming to preserve his fair trial rights.

‘He wanted to continue’
Ms Ardern said the guns used by the attacker appeared to have been modified, and that the suspect’s car was full of weapons, suggesting “his intention to continue with his attack”.

Speaking at a news conference on Saturday, she said the suspect had obtained a gun licence in November 2017 that allowed him to buy the weapons used in the attack.

“The mere fact… that this individual had acquired a gun licence and acquired weapons of that range, then obviously I think people will be seeking change, and I’m committing to that.”

New Zealand’s Attorney-General David Parker said the government would look into banning semi-automatic weapons, but that no final decision had been made. Previous attempts to tighten gun laws in a country with a strong gun lobby and culture of hunting have failed.