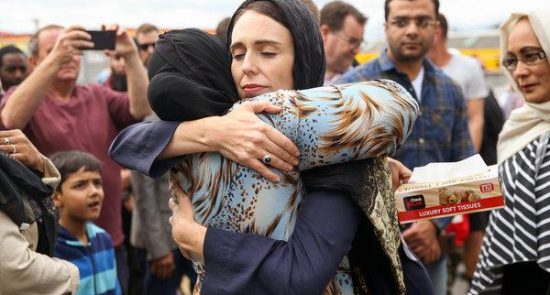 “There were five guns used by the primary perpetrator,” she said at a news conference in Wellington. “There were two semi-automatic weapons and two shotguns. The offender was in possession of a gun license. I’m advised this was acquired in November of 2017. A lever-action firearm was also found.”

She said the suspect, identified as Brenton Tarrant, obtained a gun license in November 2017 and began purchasing guns legally in December 2017.
“While work is being done as to the chain of events that lead to both the holding of this gun license and the possession of these weapons, I can tell you one thing right now. Our gun laws will change.” Ardern said.