3 US Troops Wounded in New Rocket Attack on Iraq Base 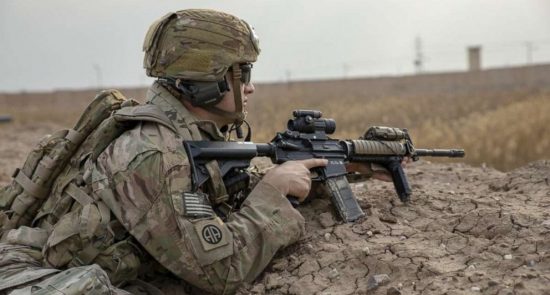 A new rocket attack against a base in Iraq housing servicemembers left three American troops wounded, according to the Pentagon.

The U.S. military carried out retaliatory airstrikes on Thursday that targeted weapons facilities belonging to an Iranian-backed Shiite militia group blamed for a similar attack on Wednesday on the base that killed two American service members and a British soldier.

“Last night, there was a Katyusha rocket attack on U.S., coalition and Iraqi forces at Camp Taji,” Jonathan Hoffman, the Pentagon’s chief spokesman, said in a statement. “We had three U.S. service members who were injured. Two seriously who are being treated at the military hospital at the Baghdad Airport base.”

A spokesman for the U.S.-led coalition in Iraq had earlier confirmed via Twitter that two Iraqi troops were also wounded in Saturday’s attack on the large training base known as Camp Taji, located north of Baghdad.

Iraqi Security Forces confirmed in a tweet that they had located the seven launch platforms used to launch the rockets at Camp Taji and found 24 unfired missiles.

The Pentagon has blamed the militia group, Kata’ib Hizbollah (KH), for more than a dozen rocket attacks in the last six months that have targeted U.S. military facilities in Iraq.