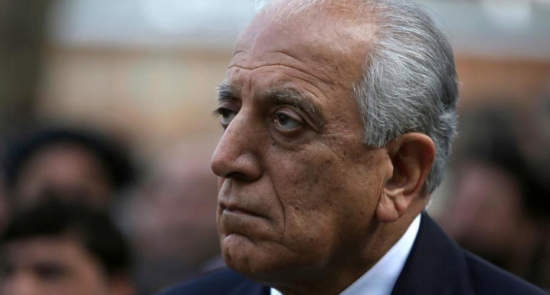 Zalmay Khalilzad, the U.S. envoy for Afghanistan reconciliation, said that he has called for the release of an American citizen captured by Taliban-linked militants.

In a series of tweets from his official account, Khalilzad said he pressed Taliban leaders during an overnight meeting in Doha, Qatar, to secure the release of Mark R. Frerichs, a Navy veteran turned contractor who was abducted by militants in late January.

The tweets by Khalilzad mark the first public statement about the capture from a Trump administration official. It comes on the heels of an investigation by The Associated Press last week that noted there had been no public indications that Frerichs has been part of the peace negotiations between the United States and the Taliban.

Khalilzad could not be reached for comment. The State Department also did not respond to a request for comment.

American officials believe Frerichs, 57, of Lombard, Illinois, was captured by members of the Haqqani network, a militant group aligned with the Taliban in Afghanistan and designated as a foreign terrorist organization by the Obama administration in 2012.