US Pulls Missiles out of Saudi Arabia as Iran Tensions Cool 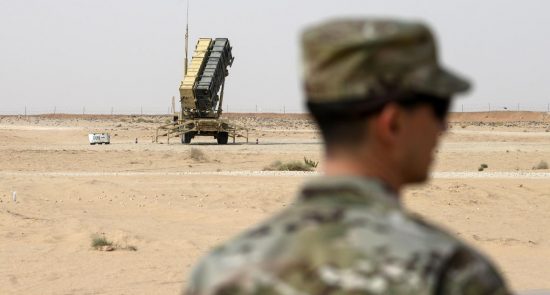 The United States is moving Patriot missile systems out of Saudi Arabia and reducing military forces across the Middle East, in another sign that tensions with Iran may be ebbing.

President Trump and Pentagon officials confirmed that two of the missile defence systems were being withdrawn from the nation and two more from undisclosed bases in the Middle East.

Two jet fighter squadrons have been redeployed from the Gulf. Officials were quoted as saying that reductions were also being considered for the navy.

Amid the tensions between the Trump administration and the Arab kingdom over oil production, the U.S. is removing four jet fighter squadrons and two Patriot missile batteries from Saudi Arabia, according to a statement by an American official made Thursday.

However, it’s not clear whether the struggle to parcel out the Patriot missile batteries or the ongoing oil dispute was the key factor in Pentagon’s decision to remove the defense systems out of the kingdom.