US and Taliban Exchange Strikes in Western and Southern Afghanistan 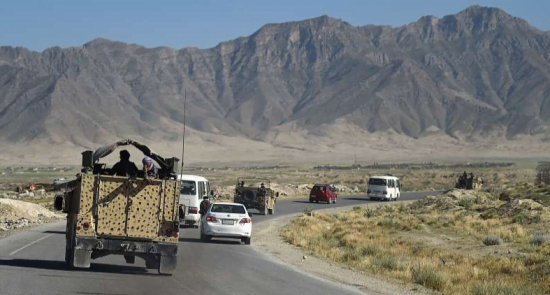 U.S. forces carried out two sets of airstrikes against the Taliban, in western and southern Afghanistan. Elsewhere in the south, the Taliban set off a roadside bomb and ambushed a police convoy, killing 10 Afghan policemen.

The U.S. strikes against the Taliban were the first following a brief cease-fire declared by the insurgents for a major Muslim holiday last month.

A U.S. military spokesman, Col. Sonny Leggett, said one set of airstrikes took place on Friday afternoon in western Farah province, targeting 25 Taliban fighters who were attacking Afghan forces. Hours earlier, on Thursday night, the U.S. air forces struck an unknown number of Taliban in southern Kandahar province, he said. There was no immediate comment from the Taliban.

Since the signing of the U.S.-Taliban peace agreement at the end of February, U.S. forces have only once before announced a strike against the Taliban, in defense of Afghan forces. Leggett did not elaborate on the latest airstrikes or their targets.

However, an Afghan government official, speaking on condition of anonymity because he was not authorized to talk to the media, said three senior Taliban commanders and at least 13 other fighters were killed in the Farah airstrikes.

Meanwhile, Afghan officials in southern Zabul province said the Taliban there ambushed an Afghan police convoy after setting off a roadside bomb on Friday, killing 10 policemen.

The Taliban did not immediately claim responsibility for the attack. Since the cease-fire ended, the insurgents have claimed only one attack.