Iran Reduces Nuclear Deal Compliance, Warns ‘Not Much Time Left’ to Save Accord 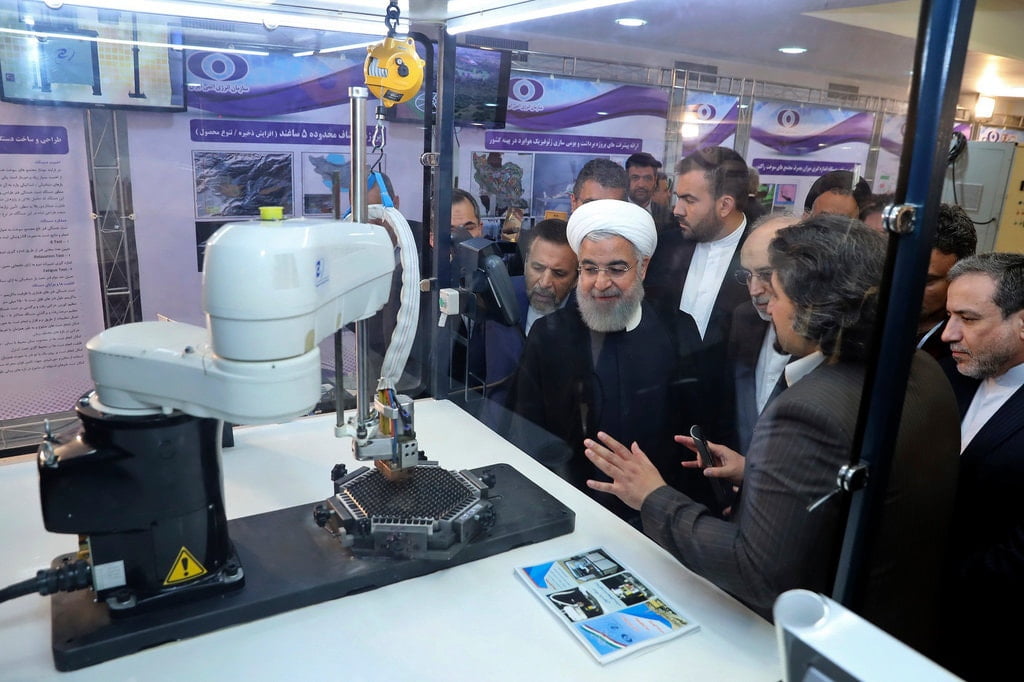 Iran accelerating its nuclear activities after accusing European signatories to the deal of failing to provide a solution to the Trump administration's crippling oil sanctions.

“Europeans should know that there is not much time left,” to save the agreement, Behrouz Kamalvandi, spokesman of the Atomic Energy Organization of Iran, said Saturday during a live news conference carried by state TV.

It marks the third time Iran has officially eroded compliance with the landmark agreement, which President Donald Trump withdrew the U.S. from last year.

Kamalvandi said Iran has begun injecting uranium gas into advanced centrifuges and that the country will no longer abide by the deal’s limits on its nuclear research and development.

He said Iran has the ability to go beyond 20% enrichment concentration of uranium, a level analysts say is a short step away from 90% enrichment – weapons-grade level. Iran already has already surpassed stockpile limits and enrichment levels set by the deal.

Kamalvandi warned several times in his comments that Iran was rapidly approaching a point that would mean a full withdrawal from the deal.

“Our stockpile is quickly increasing, we hope they will come to their senses,” he said.

The move had been expected for several days.

“The third step may not be striking in appearance, but it is of an extremely important nature, and will considerably accelerate the activities of the country’s nuclear energy organization,” Iran’s President Hassan Rouhani said in comments carried by state television on Wednesday, previewing the action.

“In my opinion, this step is the most important one that we will take, and its impacts will be extraordinarily huge,” Rouhani said, adding that Iran would “immediately start (nuclear-related) research and development” prohibited by the terms of the deal

Iran has vowed to reduce its commitments to the nuclear deal every 60 days until European powers find a way of compensating it for the U.S. sanctions. Iran exceeded the limits agreed under the accord on its stockpile of enriched uranium in July, when it also breached a cap on enrichment levels, raising them from 3.67 to 4.5%.

Even before Tehran’s official announcement, a top Trump administration official blasted the anticipated move. “We believe this is nuclear extortion. Iran does not need to enrich fissile material to have a peaceful nuclear program,” Brian Hook, the State Department’s special representative for Iran, told reporters on Wednesday.

Despite the move, Iran technically remains part of the accord.

French President Emmanuel Macron has floated a proposal to give Iran a $15 billion line of credit if Tehran agrees to come back into full compliance with the nuclear agreement. The line of credit would be guaranteed by Iran’s oil revenues and would require the Trump administration to ease U.S. sanctions aimed at barring Iran from selling its oil, France’s foreign minister told reporters earlier this week.

But Trump administration officials flatly reject the possibility of easing sanctions on Iran.

The economic penalties are part of Trump’s “maximum pressure” campaign, aimed at strangling Iran’s economy and forcing its leaders into a new round of negotiations.

“We can’t make it any more clear that we are committed to this campaign of maximum pressure,” Hook said. “We are not looking to grant any exceptions or waivers.”

Indeed, the Trump administration is moving in the opposite direction – issuing new sanctions at a seemingly frenetic pace. On Wednesday, Hook said the U.S. would target what he called an “oil for terror” network of individuals, entities and vessels that he said Iran’s Revolutionary Guards Corps uses to illicitly sell its oil.

On Tuesday, the Trump administration sanctioned Iran’s space program. And last week, it blacklisted an Iranian oil tanker and its captain as it moved toward Syria.

“There will be more sanctions coming,” Hook vowed.

He also unveiled a State Department initiative to offer up to $15 million to any individual who provides information that helps the U.S. disrupt operations of Iran’s Revolutionary Guards Corps. Hook confirmed the State Department offered millions of dollars to the captain of the oil tanker suspected of trying to move oil to Syria if the captain would sail the ship to an area where the U.S. could seize it.

The captain ignored the request, made by Hook in emails, first reported by the Financial Times. A tweet Friday with attached satellite imagery by National Security Advisor John Bolton appeared to show the ship – Adrian Darya 1 – was just a few miles off the coast of Syria. It was not clear if its oil cargo had been unloaded.

Separately, Iran said this week that it released seven crew members of a British-flagged oil tanker that it detained near its territorial waters in the Persian Gulf, according to a statement by the ship’s Swedish owner, Stena Bulk CEO Erik Hanell.

Iran had seized the tanker in July, saying it violated Iranian laws.