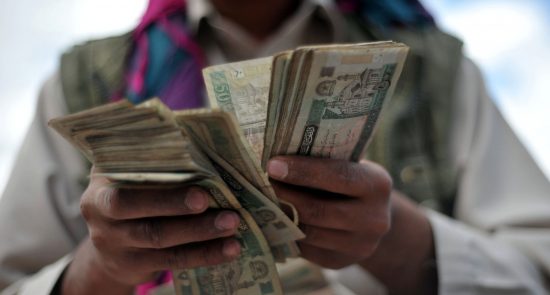 The US ambassador to Kabul on Sunday said the international community’s assistance to Afghanistan will not continue unless there are serious measures taken against corruption.

Addressing an event on International Anti-Corruption Day in John R. Kabul, the US ambassador to Kabul said the international community has been frustrated with the lack of attention to combatting corruption in the country.

The US diplomat said corruption in Afghanistan is disappointing and is a big hurdle in the way of the country’s progress.

“Corruption in Afghanistan is the issue that most troubles and frustrates our elected representatives,” he said. “This is a divisive period in U.S. politics – there are not many issues on which our legislative and executive branches, or our two major political parties, agree. But one of those issues is the problem of corruption in Afghanistan – and the frustration over the lack of success in addressing it.”

The Afghan government officials mentioned about progress in the fight against corruption, but the US envoys said these efforts have not been satisfactory.

“Until ordinary Afghans see the same rules applied to the powerful, the well-connected, and the many categories of people in this country who think rules do not apply to them, you will not succeed in addressing corruption,” Bass said.

Meanwhile, President Ashraf Ghani said fighting against corruption without strengthening rule of law is not possible.

“Our estimation shows that we lose half of government’s legitimate income due to illegal interferences,” Ghani said. “The customs and revenues should be taken out of any type of political interference. The Afghan nation cannot accept this type of corruption.”