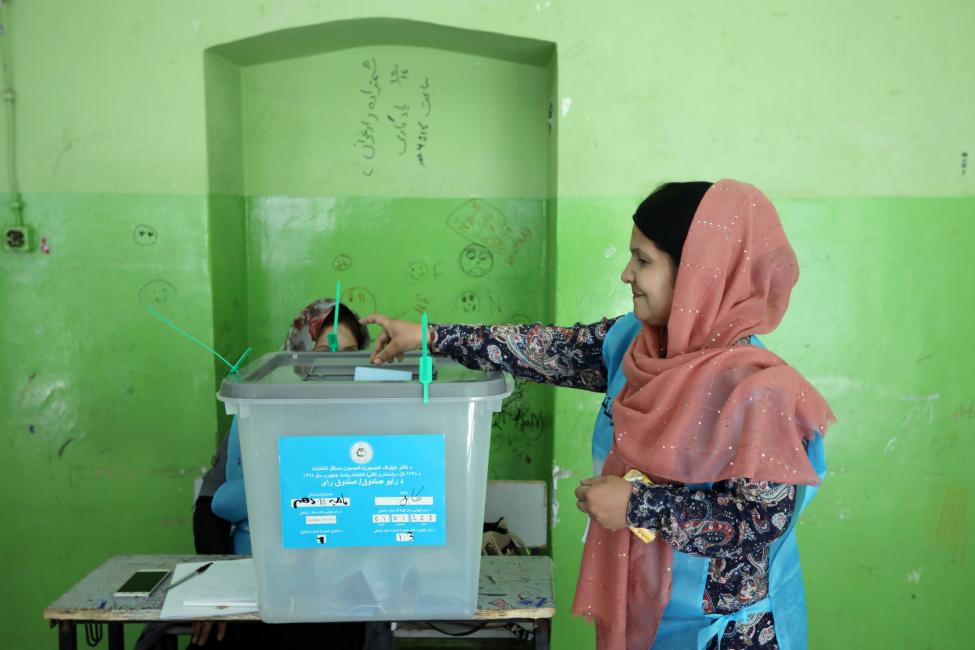 Amid a close electoral contest, Afghanistan President Ashraf Ghani and candidate Abdullah Abdullah have both claimed victory, reminiscent of a similar scenario that unfolded five years ago.

Election officials say more than 2 million ballots were cast Saturday and they were still being counted on Monday.

Abdullah claimed victory, saying he received the most votes.

Monday, Abdullah lauded the Afghan people for voting “against dictatorship and discrimination” and said he’s working to form a working government.

“The information that we have received shows that 60 to 70 percent of people voted [for] us,” Amrullah Saleh, Ghani’s running mate, said.

Election Commission Secretariat Habib-Ur-Rahman Nang, however, said no candidate can claim victory yet. The official results will be announced Oct. 19.

A three-time presidential candidate, Abdullah has shared power with Ghani as Kabul’s chief executive. The two were involved in a similar close race in 2013, which led to months of political tensions until Ghani was ultimately declared the winner.

A runoff would be staged if neither candidate has at least 51 percent of the vote.