The Peace Talks, the US Pretext to Keep its Colonial Goals in Afghanistan 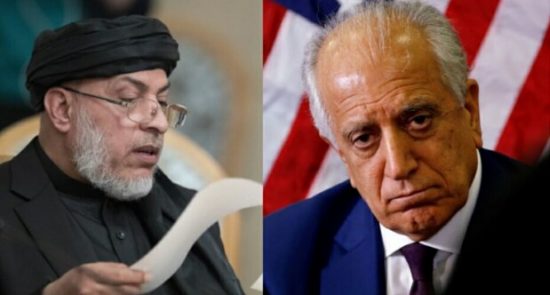 Through the peace talks with Taliban, US tries to reach its aims keeping military bases without considering the Afghan people interests even if it recognizes Taliban as a government.

It’s been almost 18 years that Afghanistan copes with the deadly attacks and consequent war crisis, but the security issues have not been solved, in such a way that the peace in Afghanistan has turned into a dream for the local and international people.

The peace talks between US and Taliban delegates are still go on with more pace and rush but the American side couldn’t still succeeded to convince Taliban to realize the peace in Afghanistan.

But we, people of Afghanistan are concerned about the lessons the history taught us. The presence of foreign states in our country, smells like politics. The Britain, Soviet Union, United States and European countries, their presence in Afghanistan was first and foremost for their own benefits, without any slight consideration of Afghanistan people interest.

The peace talks actually is a cover to reach the benefits of regional and cross regional countries.  Undoubtedly, all international nations seek their own benefits in Afghanistan and the US, mainly designs plans to keep its military bases in the country, the request which was on the table from the first sessions of the peace talks.

But Taliban did not retreat from its stances to let foreign forces remain in Afghanistan and proved it to US that they are insistent to force out the foreign forces.

So it made US to change its stances toward the insistent Taliban by bringing about the issue of dialogue between Afghans in order to finally reach its aim of keeping its presence in the Afghanistan.

It seems that the US will not ever prefer to sit on negotiation table with Taliban to keep its military bases in Afghanistan.