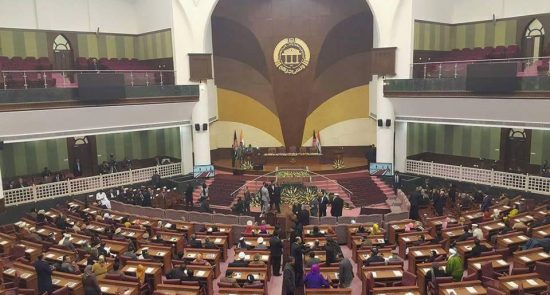 The disagreements between two groups of MPs over the election of the speaker of the Wolesi Jirga, the Lower House of Parliament, are still evident eight days after they attended controversial voting on May 18.

Tensions in the Wolsi Jirga rose when Kamal Nasir Osoli the opponent of new elected speaker Mir Rahman Rahmani rejected to accept the final result, claimed fraud in the election and called the election to go to the second round.

On the other hand, the supports of Mr. Rahmani said that there is no place for any discussion when their candidate has been elected three times by the majority of Wolesi Jirga members.

While the majority of Wolesi Jirga members considered the election as fraudulent and some other members believe that the tensions have turned into an ethnicity issue.

The tensions are still ongoing and in recent past days left losses in Wolesi Jirga. The people hope that the members find an immediate way to end the disagreements.