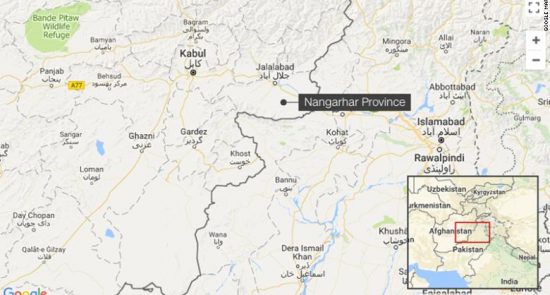 A drone strike carried out by US forces in eastern Afghanistan killed 16 civilians, a spokesman for the governor of Nangarhar province said Thursday.

“That a US drone strike purportedly targeting IS militants could instead result in the deaths … of farmers is unacceptable,” Daphne Eviatar, Amnesty International USA’s director of security with human rights, said in a statement.

“US forces in Afghanistan must ensure that all possible precautions are taken to avoid civilian casualties in military operations,” she added.

A spokesman for US Forces Afghanistan, Col. Sonny Leggett, had said earlier Thursday that indications were “members of Daesh were among those targeted in the strike” and that the United States was working with local officials to determine whether there was collateral damage. Daesh is the Arabic acronym for ISIS.

Although the area is not inhabited, it is occupied by farmland. Workers who had come from various districts to collect dry fruits at a pine nut farm were hit, Khogyani said.

Eight people were injured in the drone strike, Khogyani said.