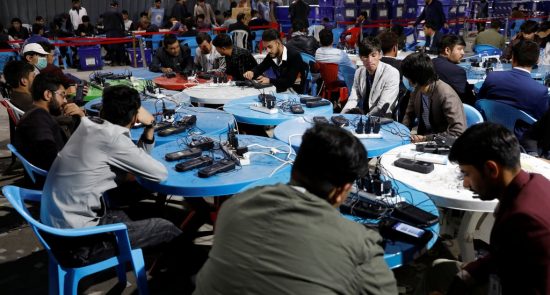 Authorities in Afghanistan Election commission say the candidates are the main actor of election fraud, then the staff.

Awrang Zeb, one of the Afghanistan election commissioners on a meeting discussing election arguments on last Friday announced that a list of more than 12 thousand election staff are sent to Electoral Complaints Commission for corruption and fraud in the recent presidential election.

As stated the candidates are main cause of fraud who encouraged or bribed the staff to act of fraud.

In some regions the biometric devices were deliberately not worked and in some cases they have been robbed, Awrang Zeb also stated.

The Election commission therefore will give credit to those votes taken by biometric devices.

IT is for the first time the election commission has set up an online platform where all candidates have access to the same result sheets sent from polling stations around the country.