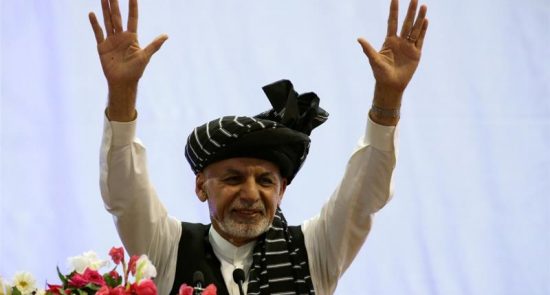 Afghanistan's President Ashraf Ghani is on course for a second five-year term after preliminary results showed him winning 50.64 percent of the vote.

The Independent Election Commission (IEC) announced the results on Sunday, putting Ghani’s nearest rival Abdullah Abdullah second with 39.52 percent of the 1.9 million votes in the election marred by protests and allegations of fraud.

Former Prime Minister Gulbuddin Hekmatyar is currently third with 3.85 percent of the votes.

“We have completed our duty responsibly and with honesty,” IEC chairperson Hawa Alam Nuristani said in a news conference in Kabul where the preliminary results were announced.

The results, originally scheduled to be announced on October 19, have been repeatedly delayed with IEC officials citing technical issues, allegations of fraud and protests from candidates.

Chief Executive Abdullah’s supporters blocked several election offices across the country, preventing election workers from a ballot recount for more than a month.

“There were several reasons as to why the preliminary results have taken so long,” IEC spokesperson Zabih Sadaat told Al Jazeera.

“The main reason was the opposition parties conducting sit-ins and protests outside our offices in seven provinces. We were not able to do our job.”

Claiming fraud in the election, Abdullah’s team announced on Sunday that it would not accept the results and lodge complaints with the IEC.

“We would like to make it clear once again to our people, supporters, election commission and our international allies that our team will not accept the result of this fraudulent vote unless our legitimate demands are addressed,” read a statement from Abdullah’s team.

Candidates have the right to file any complaints they may have before final results are announced.

Afghanistan’s Unity Government, formed by the United States, has seen Ghani and Abdullah share power over the last five years following a standoff in the wake of allegations of fraud in the controversial 2014 polls.

Results were not announced then because of accusations of widespread fraud resulting in the two leading candidates agreeing to share power.

The preliminary results come amid year-long peace negotiations between the Taliban and the US in which the Afghan government has been sidelined, being repeatedly dismissed by the Taliban as a puppet of the US with no real power.

The US has about 14,000 American troops in Afghanistan as part of the US-led coalition, training and advising Afghan forces and conducting counterterrorism operations.

The IEC has not announced a date for the final results. 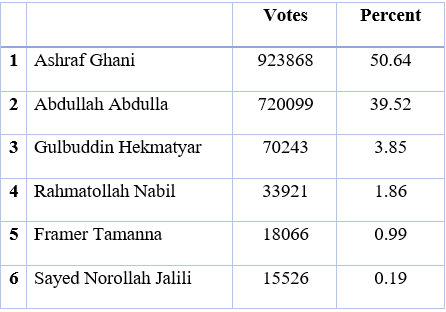