Karzai: The US presence led to the rise of ISIS in Afghanistan 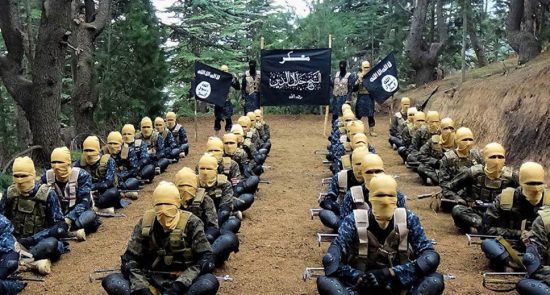 Ariana News Agency: The former President of Afghanistan said that the US aggression lead to the emergence of terrorist groups in the country.

In an exclusive interview with Sky News, former Afghan President Hamid Karzai said that the “catastrophic” presence of US forces in Afghanistan helped increase terrorism and the rise of ISIS.

In this interview, the host first asked: I want to know, after nearly 20 years (since the US invasion of Afghanistan), how do you feel now? Karzai replied: “I am very unhappy and upset about what is happening in our country at the moment.” Although we have made great strides over the past twenty years, the state of education (which includes) the establishment of girls’ schools has improved; The presence of women in society and the plight of Afghan people around the world, and many other achievements. But I am deeply saddened to see the continuation of the conflict, the resurgence of extremism and terrorism, the rise of ISIS and the continuing fratricide in Afghanistan.

The presenter then asked: Was it worth it? I mean, it took nearly 20 years and thousands of billions of dollars were spent and thousands were killed! Hamid Karzai replied: “In terms of the desire of the Afghan people to have independence, sovereignty, to have a powerful country and to improve the lives of the people, much has been achieved, but some issues remain.” But in terms of the main goals of the United States and its allies, which are common to the goals of the Afghan people, which is to end extremism, to establish peace and stability in the country, the answer to your question is no. No. The US invasion of Afghanistan has been catastrophic for us.

The host asked: Who do you blame? Hamid Karzai replied: “I clearly blame the wrong approach and policy of the US military and some of its allies.” American forces sometimes did horrific things alongside their paramilitary forces. They were bombing our villages in the name of fighting the Taliban. Yes, we, as the people of Afghanistan, have problems, we have differences, they are many, just like any other society. But the conflict in Afghanistan was almost the result of illusions! Was this a global goal, was it part of regional competition in the United States? Whatever the reason, we, the people of Afghanistan, are the victims of this tragic situation.

He added: “The whole international community, in the name of fighting terrorism, supported the US presence in Afghanistan.” It was during their presence and surveillance that ISIS emerged in Afghanistan. How do they justify this?

The Sky News host asked Hamid Karzai: How do you explain that? Hamid Karzai replied: “I had no choice but to stay, but they did not want to end their presence.” ISIS emerged during the US presence in Afghanistan, in the name of fighting extremism and terrorism. If ISIS emerged in Afghanistan on its own and because of its ideology during the presence of the United States and its allies, then the mission of these forces has failed. They must end this failed mission.

It is worth mentioning that after 20 years of aggression and killing of Afghan civilians and without achieving any of their goals, the United States was finally forced to withdraw its troops from the country as planned. By the anniversary of the 9/11 attacks, all North Atlantic Treaty Organization (NATO) and US forces are due to withdraw from Afghanistan.