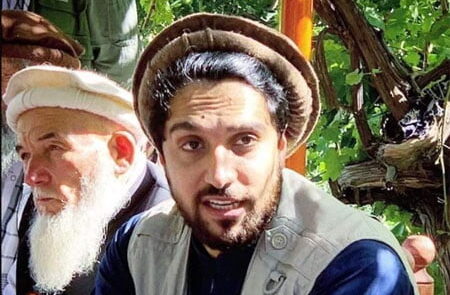 Ariana News Agency: A person close to Ahmad Massoud said: "The clashes are still going on in Panjshir and the valleys of this province are under the control of local forces and the rumors of Massoud leaving Afghanistan are not true."

He added: “After the Taliban members entered Panjshir, Pakistani fighters came to their aid and their siege was broken and they are flying over the Panjshir skies at night.”

Mohammadi pointed out: According to the sources from neighboring countries, 40,000 Taliban forces have entered Panjshir in the past few days, who have been divided into five groups in the north, a group of Taliban forces, a Haqqani group, an al-Qaeda group and an ISIS group of different ethnicities.

“Now there is a foreign intervention and Pakistan and Qatar are providing financial support to the Taliban. We hope that countries in the region and the world will understand this,” he said.

Mohammadi also said that many families have left their homes out of fear and only a limited number of families remain.

He also said about Ahmad Massoud leaving Panjshir: “He is in a safe place and the rumor of his departure from Afghanistan and going to Turkey or another country is not true and he is in touch with the Panjshir valley.”