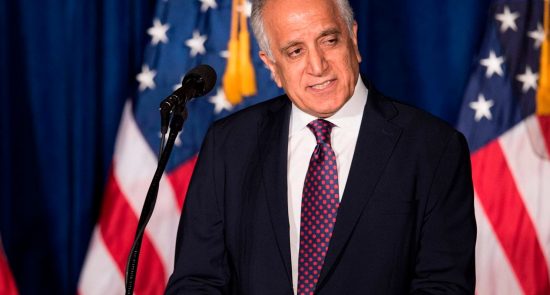 The Trump administration struggled this week to clarify its intentions in Afghanistan, after the president’s call to withdraw troops and reports that it was negotiating a departure schedule with the Taliban, rather than with the Afghan government.

No withdrawal will occur until a comprehensive cease-fire and a political road map for peace have been negotiated between the militants and the Afghans, a senior administration official said according to The Washington Post.

Instead, the official described a step-by-step process in which nothing of substance will happen until every piece of a complex series of actions is in place. “Our position right now, and [the Taliban] understand it, is that nothing will be implemented” until agreement on all issues has “not only has been completed, but has started to be implemented,” the official said.
“Everything is to be implemented at the same time,” said the official, who agreed there has been “some misunderstanding” about what happened during the latest U.S.-Taliban meeting, and in subsequent U.S. talks this week with the government of Afghan President Ashraf Ghani. The U.S. official spoke on the condition of anonymity to address the sensitive diplomatic exchanges.

The talks with the Taliban were an early sign of diplomatic progress toward ending the 17-year war in Afghanistan. Reaching a broad deal with the militants, selling it to the Afghan government and bringing the U.S. role in the conflict to a peaceful conclusion would together be a major achievement for President Trump.

But the lengthy war, chief U.S. negotiator Zalmay Khalilzad wrote on Twitter early Thursday, “won’t be resolved in one meeting.”
After six days of talks with a Taliban delegation in Qatar last week, Khalilzad announced an agreement in principle on a draft “framework” on the eventual withdrawal of some 14,000 U.S. combat troops from Afghanistan and a Taliban guarantee that Afghan territory would never be used by terrorists — including al-Qaeda and the Islamic State.

Critics in Washington and Kabul quickly charged that the administration was seeking an early exit from Afghanistan without obtaining further Taliban concessions, including direct negotiations with the Afghan government, a step the militants have long refused to take.