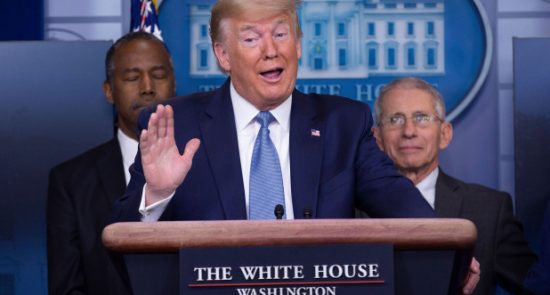 President Trump reached out to North Korea, offering help to its leader to stem the spiraling coronavirus pandemic, according to a report by the country’s official state media, KCNA.

Trump “expressed his intent to render cooperation in the anti-epidemic work” in a recent letter to Kim Jong Un, said the news agency on Saturday, although the report did not make clear when the letter was sent.

News of the letter came Saturday after the country had fired two projectiles that appeared to be short-range ballistic missiles into the sea off the country’s east coast, according to reports from South Korean military.

Last week, the country declared that it had conquered coronavirus and did not have a single case despite the country sharing borders with China and South Korea, among the worst hit countries in the world.