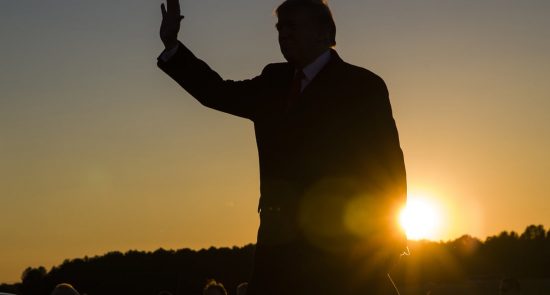 While a government shutdown and a key resignation grabbed headlines, diplomats were stunned by US actions over Yemen.

Ariana News Agency- The US stumbled into the holiday season with a sense of unravelling, as a large chunk of the federal government ground to a halt, the stock market crashed and the last independently minded, globally respected, major figure left in the administration announced he could no longer work with the president.

The defense secretary, James Mattis, handed in his resignation on Thursday, over Donald Trump’s abrupt decision to pull US troops out of Syria. On Saturday another senior official joined the White House exodus. Brett McGurk, the special envoy for the global coalition to defeat Isis and the US official closest to America’s Kurdish allies in the region, was reported to have handed in his resignation on Friday.

Earlier in the week, it appeared a deal had been reached to allow the funding of normal government functions into the New Year. But Trump abruptly changed his mind, most likely after watching rightwing pundits criticise the fudge on television.
The immediate consequences were that 380,000 federal workers were placed on compulsory unpaid leave and another 420,000 would have to work through the holidays unpaid. About a quarter of government functions ceased for lack of funding. On Saturday the Senate adjourned without a solution, ensuring the shutdown will continue until Thursday at the earliest.

Trump was left to brood alone in Washington. The first lady, Melania, and their son, Barron, flew off on Friday to Mar-a-Lago, the president’s private club in Florida.

“I am in the White House, working hard. News reports concerning the Shutdown and Syria are mostly FAKE,” the president tweeted.

With the departure of two retired generals, the chief of staff John Kelly and the defense secretary James Mattis, the administration has lost two war veterans not afraid of standing up to Trump. In 2019, that insulation between Trump’s impulses and the rest of the world will no longer be there.

The last straw for Mattis was a phone call on 14 December between Trump and the Turkish president, Recep Tayyip Erdoğan, in which the president upended US policy.

Instead of warning Erdoğan off a threatened offensive into Syria aimed at Kurdish forces, Washington’s closest allies against Isis, Trump was persuaded in a matter of seconds to abandon Syria and leave the Kurds to their fate. Unable to change Trump’s mind, Mattis handed in his resignation on Thursday, with a letter he clearly spent some time composing, citing respect for allies as the critical difference.

“Mattis clearly felt he had reached the end of the road,” said Evelyn Farkas, a former deputy assistant secretary of defence now at the German Marshall Fund.

“Trump has no real clear objective but has a destructive America First perspective on the world, which will become more manifest now there aren’t people around him willing and able to stand up to him.”

“We know from people who have worked with this man that when he feels out of control, he tends to create more chaos,” Farkas said. “That is what we are seeing now.”

Accounts from inside the White House, such as Bob Woodward’s book Fear, confirm that Mattis had manage to steer the president from impulsive moves that would have turned the world on its head, like pulling the US out of Nato, or launching assassination strikes against Bashar al-Assad of Syria and the North Korean leader, Kim Jong-un.

“With adversaries, Trump’s underlying unpredictability and lack of understanding of how to use the tools of American power will now be exacerbated by the lack of much in the way of experienced and judicious foreign policy advice and implementation,” said Tamara Cofman Wittes, a former deputy assistant secretary of state now at the Brookings Institution.

“So I think there’s added room for the kind of misjudgment and misinterpretation (on both sides) that leads small incidents to escalate into major international crisis.”

Trump’s top two remaining foreign policy aides, his national security adviser, John Bolton, and secretary of state, Mike Pompeo, have shown themselves ready to go along with his orders without much effort to change his mind, even when those instructions directly contradict their own professed views. 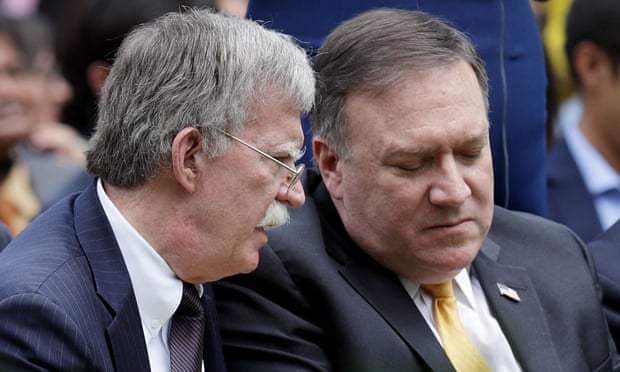 Both men have increasingly focused their efforts on the one area where their instincts are in line with Trump’s: putting maximum pressure on Iran. Before taking his White House position, Bolton advocated air strikes against Iranian nuclear facilities. European diplomats in Washington say Pompeo is reluctant to engage with them on any other subject.
That focus has increased the importance administration puts on relations with Israel, Saudi Arabia and the United Arab Estimates, which have egged Trump on against Iran, and downgraded alliances with European capitals, which have insisted on sticking by the 2015 nuclear agreement with Iran that Trump wants to destroy.

“President Trump has yet to be faced with a true international crisis. His behaviour and actions give little hope”.

The new realities were brought home to British diplomats over the past week, when they were trying to get a United Nations security council resolution passed that would uphold a ceasefire in the Yemeni port of Hodeidah, guarantee delivery of humanitarian supplies and threaten consequences for war crimes.

Having been promised support from Washington, the UK mission was stunned when the US began circulating a rival resolution, stripped of language about humanitarian supplies and war crimes, the Americans apparently acting on behalf of the Saudi-led coalition, which has fought any UN attempt to constrain its military operations.

As the week went on, the UN ambassador, Nikki Haley, an important independent voice on US foreign policy who is also leaving the administration, declared herself unwell. Orders to the US mission came straight from Pompeo. Early on Thursday, American diplomats threatened their British counterparts with a veto, an almost unheard of step among allies.

“Utterly baffling behaviour from the US,” one diplomat said. “No one in the US-UN [mission] or state [department] able to give sensible advice to Pompeo who was obsessed with Iran and deleting all language which the Saudis and Emiratis disliked.”

‘Trump and Putin could end the world today’

The ever-present possibility of an unintended or unforeseen conflict flaring up increases fears among defence analysts over how Trump might respond without experienced figures like Mattis at his side.

“President Trump has yet to be faced with a true international crisis,” said Alexandra Bell, a senior policy director at the Centre for Arms Control and Non-proliferation. “His behaviour and actions give little hope that he’ll react to pressure with calm resolve.”

Bell pointed out that under the US command and control system, there is no institutional brake on Trump ordering a nuclear launch.

“The world must also come to grips with the fact that we have placed an inordinate amount of faith in the ability of individual leaders to behave rationally. By choice or miscalculation, President Trump and President Putin could end the world today and there’s little any of us could do to stop them. What’s worse is that’s the way we designed it.”